Report: Georgia Families On Welfare Down By Two-Thirds Since 2006 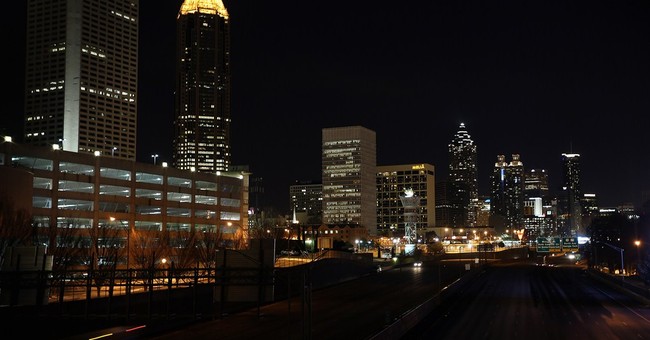 The Atlanta-Journal Constitution reports that welfare spending in the state has dropped by more than $55 million since 2006 as more and more families are able to find meaningful employment after various reforms at both the state and national level have encouraged citizens to find a job rather than stay on government assistance.

Georgia's Division of Family and Children Services said the numbers indicate that the program is working as it should.

"Many at our smallest level of income get $155 (a month),” Jon Anderson, the head of DFCS’ Office of Family Independence told the AJC. “Some people look at that and say, ‘I can make more working full time than TANF would bring into my household,’ and make the decision to go to work.”

As the AJC reports, many of these improvements are thanks to reforms made in the 1990s at the national level which allowed states more control over their welfare program:

Since Congress passed sweeping changes to the welfare program in 1996, the number of households receiving benefits has consistently dropped across the country. Changes implemented in the ’90s gave states more control over how to run welfare, which has long been politically stigmatized. That, in turn, resulted in fewer households across the country receiving benefits.

However, critics of the program say that just because more families are off of welfare, does not mean poverty is being alleviated in the state.

Georgia State professor Fred Brooks told AJC, "Most people who qualify for welfare don’t even think about applying for it. Studies show that people don’t think they can apply for it."

But, he did acknowledge that "The No. 1 reason that people left TANF is because they found a job — and the system is set up to do exactly that.

“Everyone I interviewed had collected a check for a while, but there was consistent pressure or incentive (through the state requirements) to get off of TANF and get a job," he added.

However, as of 2017, data shows that poverty has indeed steadily declined in Georgia which could arguably be tied to the state's declining unemployment rate. "Unemployment climbed to 10.6% in 2010, but 755,000 jobs have since been created and the rate had fallen to 3.7% by May," the AJC notes.