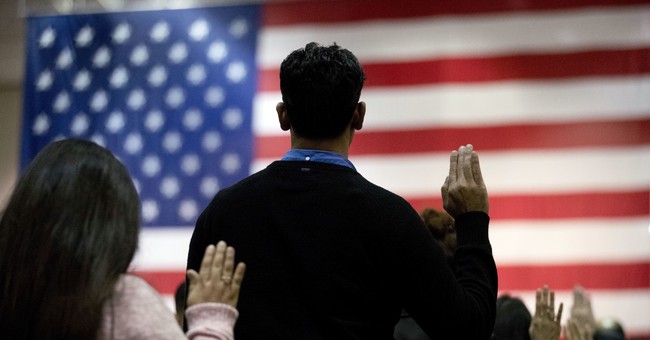 If you are in the New England area and looking for something fun and patriotic to do this July 4th, New Hampshire's Strawberry Banke Museum will be hosting its 17th annual "An American Celebration" this Thursday. As part of this festival honoring Americans past and present, more than 100 individuals will partake in a naturalization ceremony and officially become citizens of the United State of America.

"The 17th 'An American Celebration' is Strawberry Banke Museum’s salute to America and Independence Day," the event description reads. "Celebrate America by welcoming new citizens at the US Naturalization Ceremony. A Museum favorite, come feel reinvigorated by the joy and patriotism shared by those who make their own special day on their new nation’s birthday."

The event is similar to ones all over the country on the Fourth of July, as America welcomes its new citizens who pledge an oath to the USA. For many, as Ismael Akurdi told WMUR in 2017, the naturalization ceremony is a dream come true.

"You don't know how I feel that I'm here," Akurdi said the time,  "I am very happy. Today is like my birthday!"

In 2018, one refugee expressed her excitement after the ceremony that he would now be able to fully assert her inalienable rights as a citizen of the United States.

"I spent almost 20 years of my life in a refugee camp in Nepal. Finally the U.S. government, they came with a proposal that they want to resettle those refugees," Tilak Niroula said. "And then I feel like, OK, now some kind of hope came. Now I’m going to get my citizenship rights."

This Thursday, the 100 or so individuals slated to become citizens will be part of the thousands of immigrants across America who become legal citizens each year. "During the last decade, U.S. Citizenship and Immigration Services (USCIS) welcomed more than 7.4 million naturalized citizens into the fabric of our nation. In fiscal year 2018, over 757,000 people were naturalized," the USCIS website reports.