Illegal Alien Indicted On Fentanyl Charges In Arizona: 'The Drugs...Are Enough To Kill Thousands Of People' 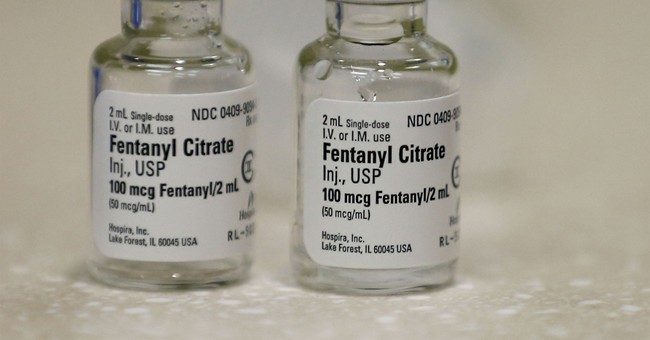 The Toledo Blade reports that the U.S. District Court in Toledo indicted Felipe Penuelas-Rodriguez, 50, and Reyna Trejo, 30, in late June after the pair were arrested after authorities discovered the two were attempting to distribute enough fentanyl to kill at least 500,000 individuals.

Penuelas-Rodriguez and Trejo were both arrested in June "with approximately one kilogram of fentanyl, as well as approximately 2,100 pills that tested positive for fentanyl."

While running background checks, authorities discovered that Penuelas-Rodrguez is an illegal alien.

“The drugs seized are enough to kill thousands of people,” U.S. Attorney Justin Herdman said in a statement. “The fentanyl pills stamped to look like prescription painkillers are another reminder that there are no safe drugs available on the street.”

While it is unclear where these laced pills originated, the narcotics confiscation follows a similar pattern across America. In February 2019, the United States Drug Enforcement Agency issued a press release after a similar, albeit much larger, drug bust occurred in New York City.

“These arrests highlight a growing trend in illicit street drugs which increases the risk of drug overdose,” DEA Special Agent in Charge Ray Donovan said the time. “Traffickers are mass producing pseudo-pharmaceutical pills made of heroin, fentanyl and other illicit drugs in makeshift laboratories throughout New York City. These pills attract users because they are more convenient and less conspicuous; but users should beware because they are unregulated and lethal. DEA and our law enforcement partners are committed to removing such threats and arresting drug dealers, traffickers and manufacturers.”

“If you take ‘prescription’ pills that did not come directly from a pharmacy, you are risking your life,” Special Narcotics Prosecutor Bridget G Brennan added.

Both men in the Arizona case have pleaded not guilty. The case will be heard by Judge James Carr.