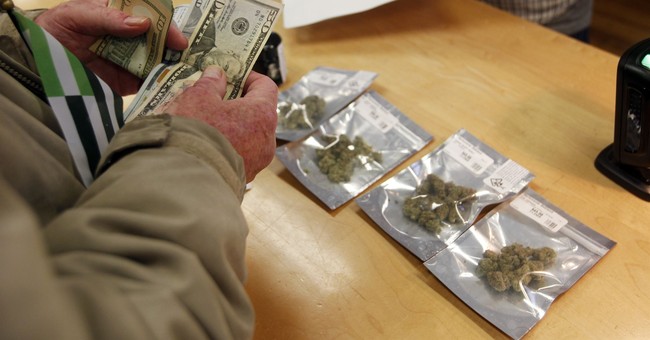 The University of Washington has received a grant from the National Institute on Drug Abuse to pay pregnant mothers to smoke marijuana in order to test the effects on their unborn babies, according to Campus Reform.

"This study is targeting a very specific population of women who are using marijuana to manage their symptoms while they’re pregnant," UW radiologist and research project leader Natalia Kleinhans told local media. "There’s little research to back up the medical and public health advice they’re getting to stay away from pot to control nausea."

Campus Reform reports that "70 total subjects will participate in the study. Half of these women will be taking marijuana at least twice a week to combat morning sickness, while the other 35 will take prescribed medication, but no marijuana."

Each participant will receive $300 and are expected "to document their weekly marijuana use by sending photos of the drug’s packaging to the researchers."

Among other reasons, researchers want to see how marijuana affects the unborn baby's sense of smell.

"Smell is one of the earliest developing senses, and it activates brain regions that have cannabinoid receptors and are involved in reward and addiction," Kleinhans said.  "We will use fMRI to look at the integrity of the reward system that we think could be affected by marijuana – to see if there is a change."

Researchers assert that this will benefit society in the long run because of the potential medical discoveries that could be made, but Kristian Hawkins of Students for Life slammed the testing, saying that "a civil society does not experiment on preborn infants. This is not even a hard issue to understand as a child's long-term health and well being are at stake."

According to Campus Reform, the public university "received roughly more than $190,000 from the National Institute on Drug Abuse to conduct the study."