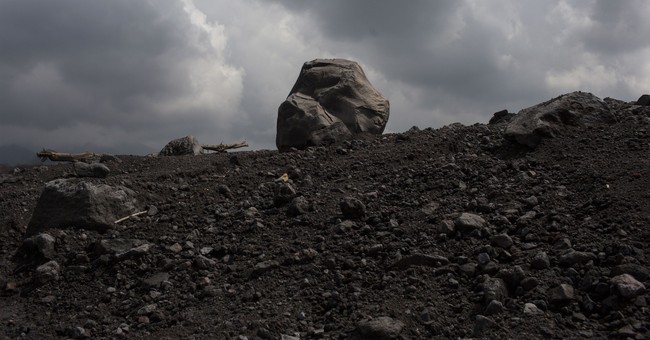 Willamette Week reports that the Oregon Department of Transportation has paid $1 million for large boulders to be dumped on a large patch of land where dozens of homeless individuals camp out in Portland.

According to WW, "the state agency has spent more than $1 million since 2013 on 'rockscape landscaping'—in the common parlance, boulders—in at least six locations across Portland since 2013."  The most recent dumping occurred on what used to be a rose garden before homeless people spoiled the land and prevented the shrubbery from growing.

ODOT spokesman Don Hamilton told the publication that, "Boulders are our most effective method for keeping illegal campers out of areas marked no trespassing."

"These areas, especially areas adjacent to major highways, are dangerous. Illegal campers have been struck and, in a few cases, killed while trying to cross an interstate highway," he added. "And in about 2010, a car spun off the road and killed a sleeping camper along I-405."

The rose bushes were originally planted by local homeowners in hopes of deterring vagrants, but that attempt failed completely.

This report comes just months after an investigation showed that Portland residents call 911 on average every 15 minutes to complain about homeless people.

According to Fox12, "neighbors who asked to remain anonymous" say that "they are very pleased to see the boulders go in and hope it means the end of the ongoing issues they’ve been facing there."

The neighborhood has plans "to re-plant the rose bushes around the boulders once the hot weather subsides to re-beautify the area."