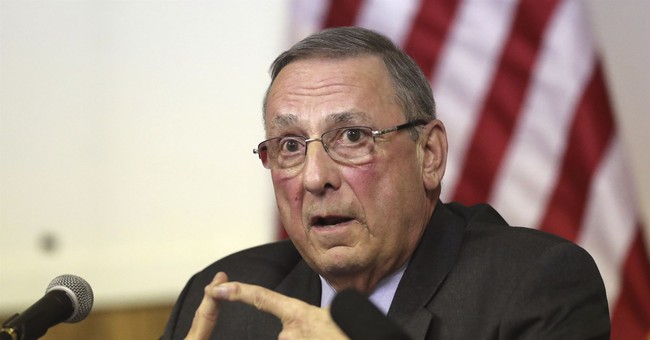 Over the weekend, former Maine Governor Paul LePage slammed local officials and the current Maine governor for continuing to accept asylum seekers and using state and local tax money towards helping non-Americans rather than Maine citizens who are struggling with the opioid crisis, unemployment, homelessness, and a generational poverty that has plagued the state of Maine for decades.

"This situation with the asylees and illegal immigrants moving into Portland has gotten out of hand," Gov. LePage post onto his Facebook page. "After years of the Portland Press Herald advocating for unlimited immigration to Portland and for the state of Maine to pick up the costs, we are now seeing the results."

As I covered last week the City of Portland is currently in a "very critical situation" due to hundreds, if not thousands, of asylum seekers arriving this summer in the city of 68,000 due in large part to the generous local welfare program for migrants. The city has already outspent its budget and is now asking the state government in the state's capital, Augusta, for assistance.

Gov. LePage continued, saying, "Of course Maine should be a welcoming state, but we are also a poor one with many residents who have serious needs that are still not being addressed by the liberals in Augusta."

For example, Maine's most recent conservative governor said, "there are still elderly and people with intellectual disabilities on waitlists at DHHS. Our nursing homes are closing. We have homeless veterans with serious needs and many other homeless families who need places in shelters and affordable housing."

And because of this, "Setting aside shelter beds for people crossing our borders illegally and denying those same beds to Maine people in need is shameful," he argued.

The governor then chastised his successor, Janet Mills, for her lack of economic planning as well as officials in Portland for their audacity to ask Gov. Mills "to open up the state’s wallet to pick up the tab."

"The State of Maine has a responsibility to care for our elderly, homeless and disabled who’ve been left behind before we can address the needs of newcomers," he argued.

Gov. LePage was wildly successful in providing economic opportunity to Maine citizens during his time in office from 2011-2019.  For example, at least 24,000 private sector jobs were created under his watch, the unemployment rate fell from 8.1 percent to 3.4 percent, and unemployment claims have fallen to a 31-year low.

Neither Portland officials nor Gov. Janet Mills have given any indication that they will turn away illegal aliens and asylum seekers this summer.