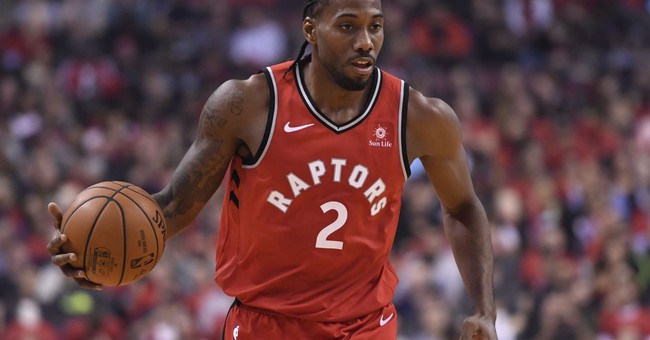 Two individuals were shot at today's championship parade in Toronto, Canada, as fans skipped work and came out to the streets to celebrate the city's first-ever NBA championship.

"Two people have 'serious but not life-threatening' injuries in connection with the shooting, and two people have been placed in custody, according to police in Toronto. Two firearms were also recovered," ESPN reports.

More than 1.5 million people turned out to honor the team and cheer on superstar Kawhi Leonard and the rest of his co-champions, but celebrations were disrupted momentarily when the shooting occurred. According to ESPN, "Canadian Prime Minister Justin Trudeau, Toronto's mayor, John Tory, Raptors star forward Kawhi Leonard;, and other Raptors players were among those on stage at the time. They remained in place, and speeches resumed shortly after," the authorities made an emergency announcement asking for calm while they resolved the situation.

Authorities did not explain what the motive for the shooting was but did say the parade was otherwise subdued.

Toronto earned its first NBA championship after beating the defending champions Golden State Warriors last week in six games. One attendee told the media that his boss let him attend the parade after begrudgingly telling him that there was really nothing the company could do if he called in sick.

"I told my boss I wanted to be at the parade, and he said there wasn't much he could do if I called in sick, so that's exactly what I did," 31-year-old John Moreira said. "I'm looking forward to seeing the whole team. They all work so hard and deserve all the fans being out here."

"It's been amazing," the first-year Raptor Leonard told the crowd. "Thank you, Toronto, thank you, Canada for the support -- we did it."

While police have been relatively quiet on shooting details, this post will be updated when they are released.