Apparently, You Can't Be An Expert On Cybersecurity If You're Pro-Life...Wait, What? 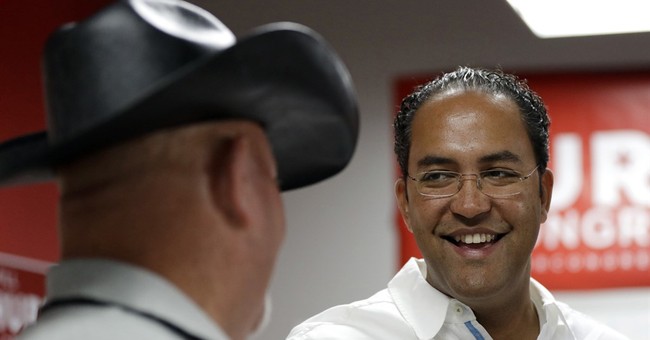 The far-left progressives who seek abortion-on-demand will stop at nothing to silence pro-life voices in the public sphere, including banning those who are against abortion from speaking on topics not even related to the issue. The latest case of censorship comes as Texas Rep. William Hurd, a former CIA officer as well as one of the most knowledgeable public servants on cybersecurity, has been disinvited as the keynote speaker for a major technology conference after pro-choicers and feminists complained.

Black Hat hosts an annual conference where the world's top experts come to speak on the world of cybersecurity other tech-related ideas. The decision to have Rep. Hurd as the keynote speaker was announced yesterday and immediately drew criticism, according to TechCrunch. For example, "Kat Fitzgerald, an infosec professional and regular conference speaker, told TechCrunch that Hurd’s choosing was a 'painfully poor choice' for a keynote speaker. 'Simply put, in 2019 women and minorities continue to be ignored,' she said."

“This keynote selection, regardless of the voting record, is just another indication of ignoring the infosec community that exists today,” she added.

However, Black Hat defended their decision at the time and told TechCrunch, "Hurd has a strong background in computer science and information security and has served as an advocate for specific cybersecurity initiatives in Congress...He will offer the Black Hat audience a unique perspective of the infosec landscape and its effect on the government.”

Well, less than 24 hours later they rescinded the invitation and released a new statement saying, "Black Hat has chosen to remove U.S. Representative Will Hurd as our 2019 Black Hat USA Keynote. We misjudged the separation of technology and politics...We will continue to focus on technology and research, however, we recognize that Black Hat USA is not the appropriate platform for the polarizing political debate resulting from our choice of speaker.” (emphasis added)

“We are still fully dedicated to providing an inclusive environment and apologize that this decision did not reflect that sentiment,” Black Hat added.

Rep. Hurd's team told Axios that despite the dis-invitation, "he was honored to be invited and hopes that the Black Hat Conference is a success."

"Congressman Hurd has always sought to engage groups of people that don't necessarily agree with all of his votes or opinions," Rep. Hurd's spokesperson added. That's why Rep. Hurd is one of the loudest voices for bipartisanship in Congress."

"This Congress alone he voted for equal pay for equal work, for the Violence Against Women Act and the Equality Act," she also defending his record.