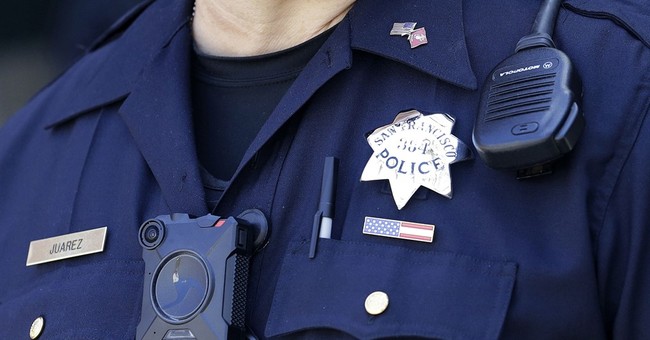 Thirteen white police officers are suing the City of San Francisco for alleged discrimination due to their race and refusing to give them promotions in favor of minority candidates.

“The city — to this day — has a long-standing practice and custom of discriminating against white males in SFPD promotions to the rank of sergeant, lieutenant and captain,” the group's attorney, M. Greg Mullanax, states in the lawsuit.

The lawsuit challenges a "test-scoring method that the city adopted in 1979 in response to a lawsuit from a group representing black and female officers, who alleged discrimination in hiring and promotions," according to  Time Magazine.

Time Magazine also reports that Mullanax argued before the court, "In 2016, the department promoted three black sergeants, even though their scores were lower than those of 11 white candidates who were denied promotions."

The police department defended its methods. John Coté, a spokesman for City Attorney Dennis Herrera, told the San Francisco Chronicle that the Police Department “uses lawful, merit-based civil service examinations in making promotions. The method is "designed to provide qualified individuals with the chance for advancement while ensuring fair treatment without regard to race, gender, religion, age or other status.”

The San Francisco Chronicle also notes that the police department has had a problem with discrimination since the 1970s:

The lawsuit, filed Tuesday in federal court, is the latest round of a conflict that dates back at least to 1973, when an organization representing black and female officers sued the San Francisco police force for discrimination in hiring and promotions. The city settled the case in 1979 by taking steps to increase diversity, including the “banding” of promotional test results so that all candidates who scored within a certain range were treated the same, allowing them to be judged on other factors such as experience and language skills.

Federal courts upheld banding in 1992 in the face of a lawsuit by the San Francisco Police Officers Association, which argued that the practice discriminated against whites.

In 2003, a similar lawsuit was settled on behalf of a group of white police officers for a whopping $1.6 million doled out by the city.