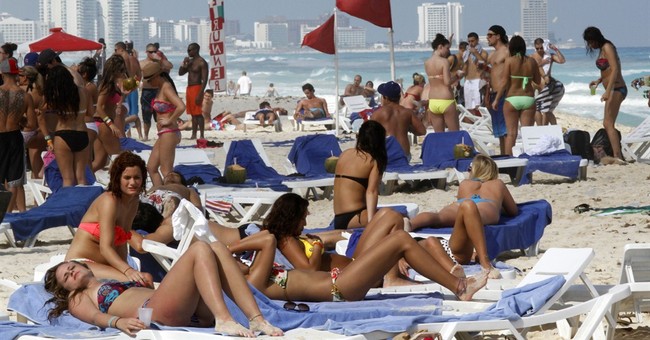 While many spring break goers try to avoid the fuzz on their wild and crazy excursions during college, one attendee apparently was paid by the Drug Enforcement Administration while on his trip in what the Department of Justice’s Office of the Inspector General (OIG) says was a colossal waste and misuse of funding. How did the kid secure this tax dollar paid vacation? His dad, a DEA agent at the time, gave him a bogus contract upwards of thousands of dollars, reports Law and Crime.

The full report released on Monday reveals that the senior DEA agent wrongfully gave his son and others in his sphere hundreds of thousands of dollars. It also stated that the "official took actions to try to expedite the security vetting for his son and also enabled his son to submit contractor work invoices while on collegiate spring break and before graduating college. "

"The OIG substantiated the allegation that the senior DEA official 1) took actions to have the DEA’s contractor hire his son and to have his son work as a DEA contractor in his chain of command by, among other things, signing two DEA forms in 2017, authorizing a total of $340,280 in spending, including a raise, specifically for his son’s contractor position; and 2) took actions in contravention of appropriate procedures to hire two former DEA colleagues as contractors in his chain of command, including the spouse of a retired former colleague. The OIG also found that the senior DEA official took actions to appoint his son as a volunteer student intern before he graduated from college.

Furthermore, none of the parties the agent gave contracts to were qualified for their supposed positions. In conclusion, the OIG found that "the senior official violated DEA Standards of Conduct and potentially violated criminal statutes by making false entries about attending alcohol counseling on a Questionnaire of National Security Position," according to Crime and Law.

But still, even with this investigation, the DOJ refused to criminally prosecute the agent but the feds. insisted that the now-retired agent will be barred from federal employment should he try to come out of retirement.