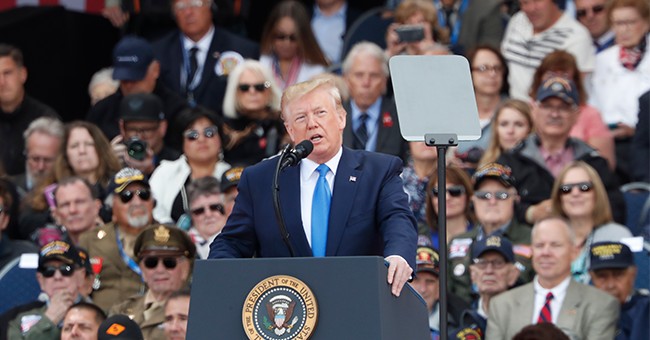 A man previously serving a double life sentence who was released from prison thanks to the First Step Act posted a video today on Twitter thanking President Donald J. Trump and his son-in-law Jared Kushner for their efforts in passing the legislation which made it possible for him to regain his freedom.

"Meet Anthony Swatzie - He was serving a DOUBLE LIFE SENTENCE for Crack! He filed motion due to the 1st Step Act & is now FREE after serving 20 years," Kareem D. Lanier tweeted today.

Lanier, who works for the Urban Revitalization Coalition, went on to say, "Anthony wanted to say a Public THANK YOU to @jaredkushner? ?@realDonaldTrump?!"

Meet Anthony Swatzie - He was serving a DOUBLE LIFE SENTENCE for Crack!

He filed motion due to the 1st Step Act & is now FREE after serving 20 years!

Anthony wanted to say a Public THANK YOU ?to ?@jaredkushner? ?@realDonaldTrump?!

The video was retweeted by Ivanka Trump and has amassed thousands of favorites and retweets. The video comes as a recent report shows that the First Step Act, a bipartisan victory for the Trump administration, has been largely successful.

As explained by Paul Bedard of the Washington Examiner, "1,051 motions were granted for a reduced sentence," since the act was signed. Bedard also notes that the "legislation generally shortens some drug sentences and expands rehab programs in prison, and only targets federal sentences. States are now following suit to pass reforms."

The Hill reports that Swatzie "Swatzie petitioned a court as recently as 2013 and as far back as 2000 for his sentence to be reduced, only to be denied both times," according to Court document.