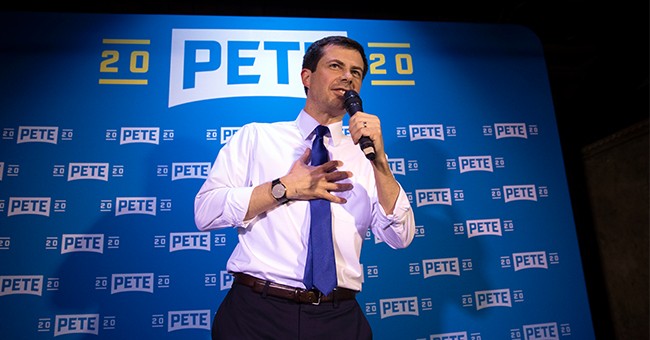 The Washington Free Beacon reports that 2020 presidential candidate and South Bend Mayor Pete Buttigieg believes that Americans should begin renaming events and landmarks after President Thomas Jefferson because "it's the right thing to do" due to the fact he owned slaves.

The Democratic candidate sat down with Salem media radio host, Hugh Hewitt, Friday to discuss a variety of issues including whether or not Thomas Jefferson should continue to be honored with the Jefferson-Jackson dinner hosted by the Democratic Party across the country in honor of the two men thought to be the founders of the Democratic Party.

"Well, let's go to policy now—a very blunt question because you talk about going to every Jefferson-Jackson Dinner in Indiana when you were running statewide. Should Jefferson-Jackson dinners be renamed everywhere because both were holders of slaves?" Hewitt asked the candidate according to the Free Beacon's Cameron Cawthorne.

Buttigieg then responded, "Yeah, we're doing that in Indiana. I think it's the right thing to do. Over time, you develop and evolve on the things you choose to honor...Jefferson is more problematic. There's a lot, of course, to admire in his thinking and his philosophy, but then again if you plunge into his writings, especially the notes on the state of Virginia, you know that he knew slavery was wrong."

Buttigieg did note that, "we are all morally conflicted human beings" and added that Democrats should not delete Jefferson from history, but also should not continue to insert him in modern-day affairs by naming new things after him either.