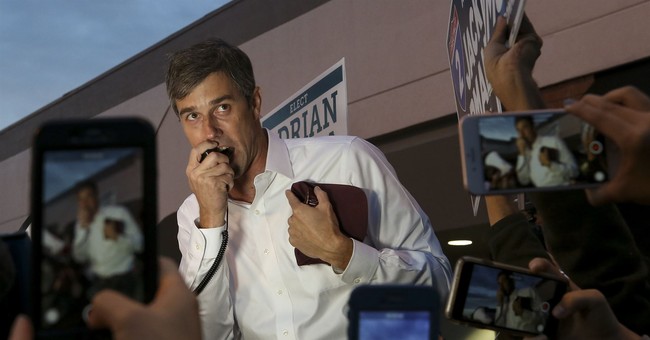 Poor Robert Francis O'Rourke wants a second introduction with national Democratic primary voters. After he lost the Texas senate race to incumbent Sen. Ted Cruz last fall, Beto (his self given nickname) decided he needed a cross country road trip in order to truly find himself. Based on a recent Associated Press report, it seems that Beto still has some soul searching to do. The man once hailed by national media as the savior of the Democratic Party is expected to overhaul his entire presidential campaign persona next week.

The AP reports that Beto has entered "entered an intentional 'quiet period' to build out campaign infrastructure, according to an adviser who spoke on condition of anonymity to discuss the campaign’s strategy." Part of this strategy is what he calls the introduction of "Beto 2.0."

According to the AP, "O’Rourke is planning to significantly ramp up national media appearances — he is appearing live on ABC’s 'The View' on Tuesday after skipping most such exposure in recent months. He’s also poised to offer more concrete policy plans on top issues."

Beto's national campaign has been lackluster, to say the least, when compared to his Senate run against Sen. Cruz. Or, perhaps it is simply that he does not have the backing of the national media which ran headlines in October 2018 such as, "Betomania: Why Democrats are crazy for their 'authentically cool' Senate candidate."

As NBC reported at the time, "Jim Messina, who ran Obama's re-election campaign, said O'Rourke has a rare combination of inspiration, aspiration and authenticity' that moves people as he skateboards his way across Texas."

But many young voters such as 18-year-old Iowa voter Eli Shapiro reject Obama-esque that description and are already tired with Beto's general character. When asked his opinion of the man called "Tex Kennedy," Shapiro recently said, “He’s soft like a cheesecake. When you ask him ‘What do you think about taxes?’ he’ll just give you the most generic answer."

Now, the national media has shifted their attention to folks like Mayor Pete Buttigieg and other progressives rising the ranks. Who knows what version of Beto the American public will see next week. Whatever the case, it seems National Review's Kyle Smith nailed it on the head when he said Beto "might be the first person ever to run for the White House on a platform of asking the nation to help him figure out who he is."

But, the 2020 Democratic candidate currently polling near the bottom of the polls feels confident that “It has been building up over time." Beto adding, “I think we’re getting better organized all the time.”