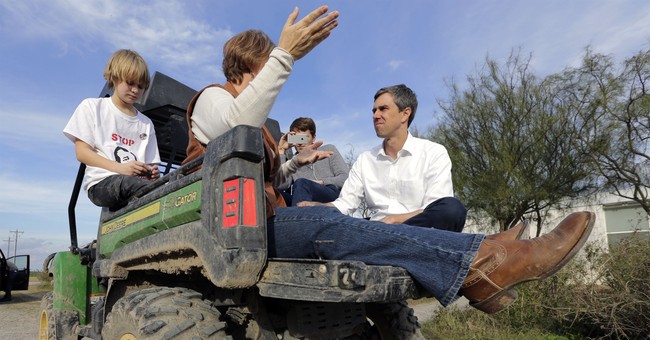 BuzzFeed News reports that Becky Bond, a progressive activist who has been with "Beto" since his 2019 senate race, has left his presidential campaign. Zack Malitz, her deputy, also left the campaign.

Chris Evans, a spokesman for O’Rourke, did not address questions about the reasons for the departures or whether Bond and Malitz left voluntarily.

Evans said that Bond and Malitz, who worked for O’Rourke during the 2018 Senate race, only served as employees the campaign in a “temporary” one-month basis. Democratic operatives who have worked with Bond this year say she considered herself a central part of O’Rourke’s 2020 operation.

Bond, for her part, says she is excited to take on new challnges.

“Launching a presidential campaign without a big staff or even a campaign manager was no easy feat and it took everyone pitching in,” she said. “We’re proud to have been part of the team of deeply dedicated staff and volunteers who nearly pulled off a historic upset in the 2018 Texas Senate race and broke records launching Beto’s campaign for the presidency.”

Bond tended to tilt more towards the progressive side of things than candidate Beto, as the Washington Examiner reported in March that "Becky Bond, another senior O'Rourke aide, is an avowed socialist who blasted the leftist father of community organizing Saul Alinsky as a "paternalistic" moderate who "disparaged the idea of revolutionary change."

As for future aspirations, her next steps remain unclear. But readers should remember Bond has previously worked with Sen. Bernie Sanders on his 2016 campaign.