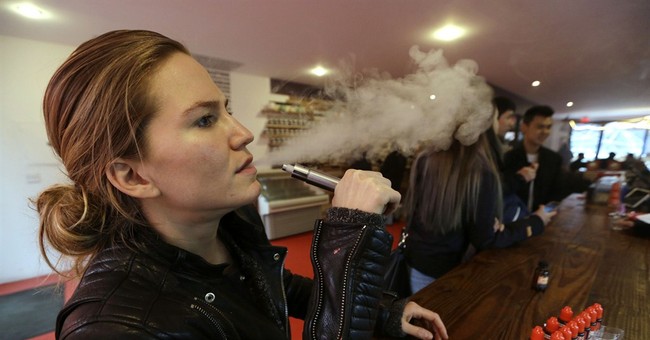 The San Francisco Chronicle reports that city officials introduced legislation today which would ban citizens from using popular electronic cigarettes as well as prohibit companies such as Juul from occupying city-owned property in the future. In short, officials message for  would be vapers -- is  "we don't [you] in our city."

The two bills introduced by City Attorney Dennis Herrera and Supervisor Shamann Walton are supposedly aimed towards cracking down on youth vaping, which critics say lead to early cases of nicotine addiction.

“I don’t eventually want to see them leave this city," Walton said of the company Juul, which currently owns property in San Francisco. “I would have liked for them to have been gone yesterday.”

One bill introduced by the San Francisco officials would ban the shipment to and the selling from all city convenience stores, gas stations, and other shops "until the U.S. Food and Drug Administration begins a vetting process known as a pre-market review, in which manufacturers must prove their products are appropriate for public health before selling them on the market."

The second bill would ban companies from using city-owned property. However, this bill would not be applied retroactively.

"These companies may hide behind the veneer of harm reduction, but let’s be clear, their product is addiction,” Herrera said. “They’re in the business of getting people addicted, or keeping them addicted.”

Juul responded to the proposed legislation by saying, “We encourage the City of San Francisco to severely restrict youth access but do so in a way that preserves the opportunity to eliminate combustible cigarettes...This proposed legislation begs the question, why would the city be comfortable with combustible cigarettes being on shelves when we know they kill more than 480,000 Americans per year?"