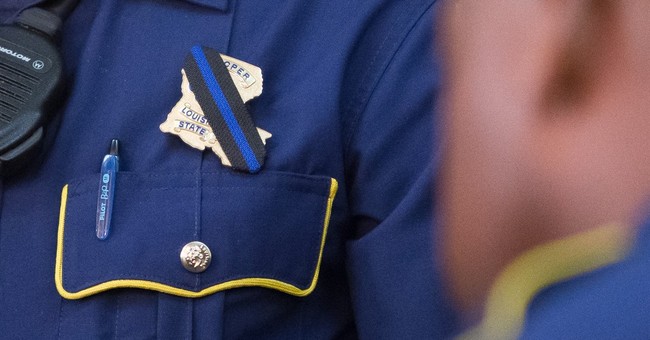 An illegal alien was arrested Saturday morning after authorities say he drunk drove his car down a Louisiana freeway and ultimately crashed into a Louisiana State Police vehicle.

The suspect in question, Melgar Cardona, had been previously deported from the United States and was considered a fugitive by Immigration and Customs Enforcement. The crash occurred at 5:30 AM in the middle of an active work zone on I-210 Westbound after his 2005 Toyota veered into a state trooper's car.

According to KPLC NBC 7 News, Cardona  "was uncooperative and provided Troopers with fake names and fake ID but Troopers were able to determine his actual identity."

Cardona had previously been charged with a DWI, making this his second offense. In total, Cardona was charged with a "DWI second offense, careless operation of a motor vehicle, not having a driver’s license, operating a motor vehicle without lawful presence in the United States, possession of fraudulent document for identification purposes, and resisting an officer by providing a false identity."

"In declaring a state of emergency pursuant to the NEA, President Trump is using pre-existing statutory authority to address a legitimate crisis created by lawless conduct at and beyond our southern border. This emergency declaration is not a case of the president relieving himself of restrictions under the law. To the contrary, our president is protecting our country’s borders through means contemplated by Congress and used many times by past presidents for matters less directly threatening than those present on the southern border." Paxton wrote.

Cardona is being detained by ICE until further notice.