Well, At Least We Aren't the Brits: UK Academic Argues 6-Year-Olds Should Be Able to Vote 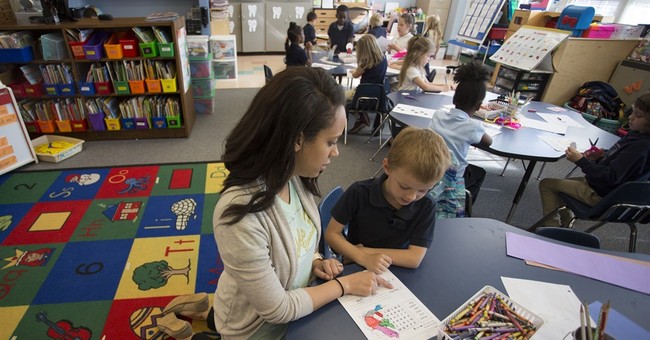 A couple weeks ago, I wrote about the high school in the United Kingdom that somehow allowed a beer drinking, hairy chested man posing as a 15-year-old Iranian asylum seeker to enroll in classes. When parents brought their concerns, they were called racist by school faculty. This week in bizarroland news from across the pond, a British academic is "serious" when he argues that British citizens as young as age six should have the right to vote in order to combat the large senior citizen voting bloc in English society.

In what one should hope is simply an elaborate prank, Professor David Runciman, Cambridge University's head of politics, recently said on a podcast that "the British voting system was weighted against the young because older people yield far more votes, a problem made worse by an ageing population."

Fair enough, one could understand how this could cause issues. But, his solution to this problem is so silly, it almost has to be as a joke.

via The Daily Mail:

'I would lower the voting age to six, not 16, and I'm serious about that,' he said. 'I would want people who vote to be able to read, so I would exclude reception.

'The old thing about voting for people like you wouldn't happen, 9-year-olds aren't going to elect 9-year-olds to Parliament and even if they did they'd be outvoted.

'What's the worst that could happen? At least it would be exciting, it would make elections more fun. '

He continued, arguing that this would not only be good for society but could help serve to show the structural imbalance due to the growing age gap amongst voters.

'It is never going to happen in a million years but as a way of capturing just how structurally unbalanced our democracies have become, seriously, why not? Why not six-year-olds?' he asked.

He ended his plea with a message towards twenty-year-old voters. In short, he told this demographic, "You're screwed."

'Young people are not represented in their parliaments, and they are losing in their electorates,’ he said.

'If you are in your 20s, you are not represented in your parliament, you keep losing elections and you are expected to care about the future, the environment, the unborn... it is your job as a young person to somehow take up causes that old people are a little bit long in the tooth to worry about.'

This story is just another reminder: Whatever social justice calamity pops up in America, just thank God we aren't the Brits.