This Dude's Life Must Stink. WaPo Publishes Asinine Op-ed About a Feminist Yelling at Her Husband 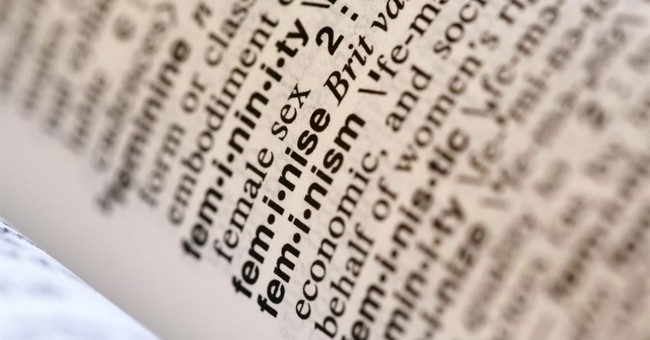 On Friday, The Washington Post published an article so asinine, it is hard to believe it was real. The Daily Wire's Ben Shapiro aptly described the op-ed as what "May Be The Looniest Anti-Male Op-Ed Ever Written." It appears the intent of the piece titled "Thanks for not raping us, all you ‘good men.’ But it’s not enough," was to show that many women are mad at men for a variety of reasons, chief among them sexism which leads to sexual assault. That is surely understandable. But, the methodology used to convey that message is not understandable at all.

As Shapiro notes, "Victoria Bissell Brown, retired history professor at Grinnell College, argu[ed] that men are incapable of being good, even if they oppose sexism. Men are, by nature, vile and terrible, and can’t fix anything by listening to women – instead, they must change from within. Sadly, though, they’re not capable of such change, which begs the question: what the hell are men supposed to do, aside from die?"

Brown starts off the article with the following:

I yelled at my husband last night. Not pick-up-your-socks yell. Not how-could-you-ignore-that-red-light yell. This was real yelling. This was 30 minutes of from-the-gut yelling. Triggered by a small, thoughtless, dismissive, annoyed, patronizing comment. Really small. A micro-wave that triggered a hurricane. I blew. Hard and fast. And it terrified me. I’m still terrified by what I felt and what I said. I am almost 70 years old. I am a grandmother. Yet in that roiling moment, screaming at my husband as if he represented every clueless male on the planet (and I every angry woman of 2018), I announced that I hate all men and wish all men were dead. If one of my grandchildren yelled something that ridiculous, I’d have to stifle a laugh.

Brown goes on to say that her rage against all men led to her say the meanest thing she has ever said to her husband - he is incapable of change:

My husband of 50 years did not have to stifle a laugh. He took it dead seriously. He did not defend his remark, he did not defend men. He sat, hunched and hurt, and he listened. For a moment, it occurred to me to be grateful that I’m married to a man who will listen to a woman. The winds calmed ever so slightly in that moment. And then the storm surge welled up in me as I realized the pathetic impotence of nice men’s plan to rebuild the wreckage by listening to women. As my rage rushed through the streets of my mind, toppling every memory of every good thing my husband has ever done (and there are scores of memories), I said the meanest thing I’ve ever said to him: Don’t you dare sit there and sympathetically promise to change. Don’t say you will stop yourself before you blurt out some impatient, annoyed, controlling remark. No, I said, you can’t change. You are unable to change. You don’t have the skills and you won’t do it. You, I said, are one of the good men. You respect women, you believe in women, you like women, you don’t hit women or rape women or in any way abuse women. You have applauded and funded feminism for a half-century. You are one of the good men. And you cannot change. You can listen all you want, but that will not create one iota of change.

She continues, in what Shapiro describes as "pure sexual identity politics." Shapiro's piece summarizes it up much better than I can and Townhall readers should read it.

Does Brown raise decent points? Sure. Ultimately, men should tell their friends and co-workers to not be demeaning nor sexist towards women. Men can make a difference if they see another man acting like a chauvinistic pig who treats women like objects. But, I do not think that message comes across in Brown's article. The only thing I could think of was this all-time classic Budweiser commercial showing what one can only imagine every night is like in the Brown household: