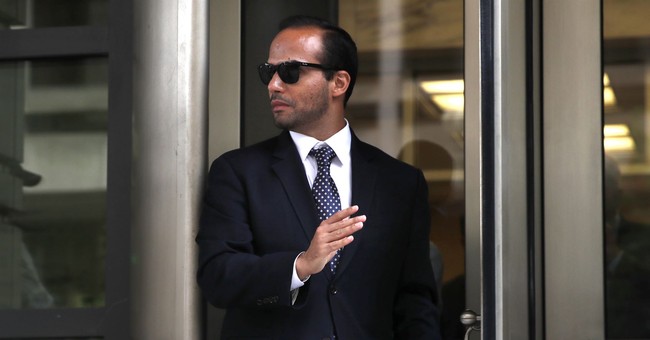 Papadopoulos "was the first to plead guilty in the [Special Counsel Robert Mueller probe into Russian interference]. According to the indictment, Papadopoulos was told by a Maltese professor in April 2016 that Russian officials had'dirt' on Hillary Clinton in the form of 'thousands of emails.'"

President Donald J. Trump remarked the sentencing was a "great day for America" and pointed out the ongoing expense

"I made a terrible mistake for which I paid dearly and I am terribly ashamed," Papadopoulos said in court. "My entire life has been turned upside down."

The Chicago native's lawyer had harsh words for the president today, asserting that the commander-in-chief's criticism of the media pressured his client to lie to authorities.

As noted by USA Today, authorities thought that Papadopoulos could serve as a key informant, but it quickly became clear that was not the case.

For a time, Papadopoulos also looked to be a key informant. A federal court kept his July 2017 arrest secret for more than two months after Mueller’s office argued that making it public would “significantly undermine his ability to serve as a proactive cooperator.”

But in a court filing last month, prosecutors said Papadopoulos ultimately did little to aid their work. Instead, prosecutor Andrew Goldstein said he made "at best grudging efforts to cooperate, and we don't think they were substantial or significant in any regard."

The ongoing probe into Russian interference in the 2016 election continues today with no evidence that Trump's campaign colluded with foreign actors to meddle in the election.