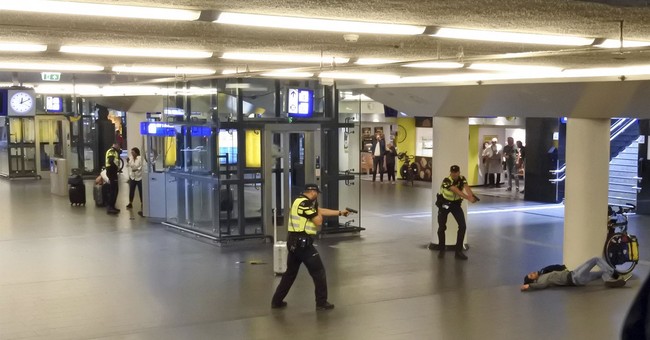 Amsterdam authorities are treating a stabbing incident as an act of terrorism after an Afghan immigrant residing in Germany attacked two American citizens over the weekend in the Dutch city.

According to the Associated Press, “Amsterdam police shot and wounded the suspect, a 19-year-old Afghan man who had a German residency permit. Local government officials said the victims did not appear to be targeted for any particular reason. Officials are identifying the alleged attacker as “Jawed S.,” who currently remains hospitalized.”

But, after researching the background of "Jawed S." officials determined that he had terroristic motives. German authorities searched the man's home and seized several data storing devices. Likewise, Fox News reports that, "Based on the suspect's first statements, he had a terrorist motive," the city administration said in a statement on Saturday. They did not elaborate on what the statements were or in what ways they might have shown intent.

U.S. Ambassador to the Netherlands Pete Hoekstra issued a statement saying that embassy officials have been in touch with the victims and their families. The identity of the victims has not yet been released. “We wish them a speedy recovery and are working closely with the City of Amsterdam to provide assistance to them and their families,” Hoekstra said.

The stabbing occurred in Amsterdam's Central Station which is the city's busiest train station. The suspect is set to be arraigned in a Dutch court on Monday, but it is unclear what charges he will be charged with.