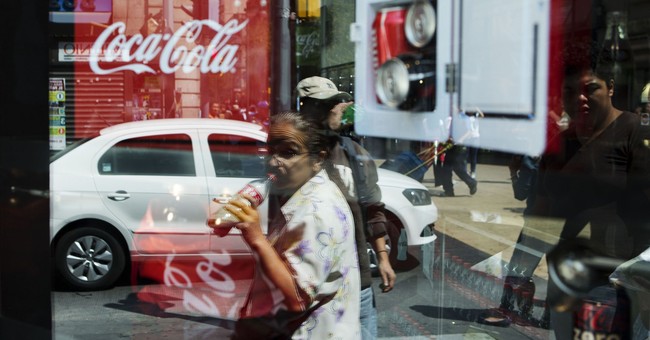 The California legislature recently passed a bill banning restaurants from selling soda and juice with kids' meals and instead requires them to offer a cup of milk or water in an effort to fight childhood obesity. But, the purchaser of the meal may still buy an extra soda or juice and hand the drink to the child, thus negating whatever intended effects the bill hopes to accomplish.

The California Senate bill, 1192, passed assembly on Thursday after dieticians and various health advocates supported the new law. "Some of these kids are drinking up to three sodas a day. This is setting them up for tremendous cancer risks down the road. Because now we know that 20 percent of all cancers are tied to being overweight," Stephanie Winn of the American Cancer Society told media.

But, some parents argue that it simply is too much government interference. "I think the government shouldn't determine what's available when I as a mother know what's best with my child," Inez Deocio said.

Since the bill does not outright ban the sugar beverages from eateries, many parents will still buy their children soda or juice and end up spending more at a restaurant.

As noted by CBS, "A recent Centers for Disease Control and Prevention study found that almost two-thirds of boys and girls ages 2 to 19 drink at least one sugar-sweetened beverage per day. According to the CDC, frequent consumption of sugar-sweetened beverages is associated with weight gain and obesity, type 2 diabetes, heart disease, kidney diseases, non-alcoholic liver disease, tooth decay and cavities."

The bill was introduced by Democratic state senator Bill Monning.

This article was updated to show it was "Bill Monning," not "Bill Morning." It also was originally missing word not  in the sentence saying, "Since the bill does not outright ban the sugar beverages ..."