Donald Trump: I Could Have Had Tom Brady As A Son-In-Law, Instead I Got Kushner 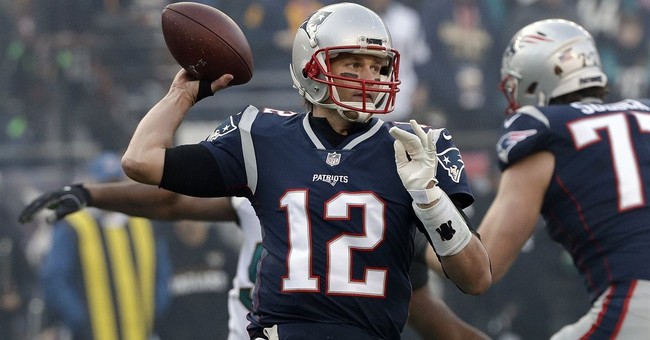 President Donald J. Trump almost had the real, deal 5 time winning super bowl champion, Tom Brady, as his son-in-law, and based off a recent report, he still regrets that Ivanka opted to marry Jared Kushner instead of the greatest of all time football player.

The New York Times reports that the relationship between President Trump and his daughter, Ivanka, as well her husband, Jared Kushner, has been in flux in recent months.

According to Maggie Haberman, "Several times Mr. Trump joked that he 'could have had Tom Brady' as a son-in-law. 'Instead,' the president said, according to five people who heard him, 'I got Jared Kushner.'" Brady, now married to supermodel Gisele Bundchen, one time went on a date with Ivanka. Apparently, her father arranged it. President Trump and Brady are publicly friends and Brady one time even had a "Make America Great Again" in the Patriots locker room at Gillette Stadium in Foxboro, MA.

But, Ivanka and Brady never had a longterm dating life. It seems her current husband, Jared Kushner, sometimes rubs the president the wrong way. The Times notes that the president's relationship with his daughter's husband seemed to falter during their first year in office.

"As scrutiny of the couple often referred to as Javanka became increasingly intense during the president’s first year, Mr. Kushner and Ms. Trump seemed to retreat from public view, and after several of their allies in the White House departed, there was a near-constant stream of questions about whether they would follow.

It did not help that the president had gone from telling aides to “talk to Jared,” as he did during the campaign, to telling them that “Jared hasn’t been so good for me.” At various points, Mr. Trump told friends and his chief of staff, John F. Kelly, that he wished both Jared and Ivanka would return to New York."

But, insiders now say that the President is back to depending on them for comfort and trust.

"But as one staff member after another has disappointed him and has departed or been dispatched, Mr. Trump has retreated into the familiarity of his family — his daughter, above all, and eventually, her husband. As Mr. Trump, cut off from dissenting voices and convinced of his own popularity, has become more emboldened, so have his daughter and son-in-law."

Others, such as White House press secretary Sarah Huckabee Sanders and Secretary of Treasury Steve Mnuchin have dismissed any reports of friction as silly.

“I think they felt in some ways when things escalated that they thought it was best to keep a lower profile and hone in on their specific policy areas,” said Sarah Huckabee Sanders, the White House press secretary.

Ms. Trump’s announcement this past week that she would shut down her fashion brand, based in New York, seemed to symbolize a recommitment to her life and her husband’s in Washington. The woman who once said that she did not intend to stay in the capital long enough to become one of its “political creatures” — people she feels are “so principled that they get nothing done,” according to someone familiar with her thinking — said on Tuesday that she did not know “if I will ever return to the business.”

“Any suggestion that they were going to leave the White House was just ridiculous,” said Steven Mnuchin, the Treasury secretary, who was one of several allies the couple asked to speak on their behalf for this article. “They both have been dependable, valuable and effective partners for me and other members of the president’s cabinet.”

The entire article is well worth the read and highlights certain examples of signs of positive relationship and a negative relationship. It is tough to tell from anonymous sourcing what is true and what is false regarding the Trump family saga. Haberman says Trump made the comment regarding Brady as a joke, but it does not take a Washington insider to take one look at Kushner, and one look at Brady and realize that obviously anybody would rather have the latter as a son-in-law.

Author's note: The closest that I have ever been to meeting a “Tom Brady” of any kind was when my neighbor almost named his Japanese fighting fish after the legendary New England Patriots quarterback. Instead, he ended up naming the pet “Nomar” after the former Boston Red Sox shortstop, Nomar Garciaparra. I was pretty disappointed because I liked Brady better, but ultimately we were stuck with Nomar. I can only imagine what it feels like to have missed an opportunity to actually have the GOAT, Tom Brady, in your family.