Can the President Pardon Himself? 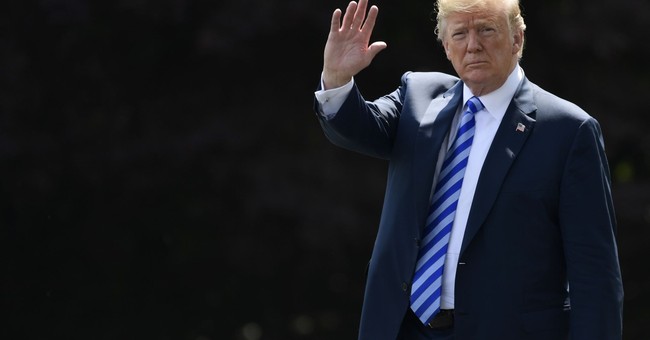 Today on ABC News “This Week,"  Rudy Giuliani, President Trump's confidante and lead attorney in the ongoing Russian investigation, was asked a peculiar question –does a sitting president have the power to pardon himself?

In short, Mayor Giuliani asserted that Trump would “probably” have that power, but "He has no intention of pardoning himself…. (but it is a) really interesting constitutional argument: 'Can the president pardon himself?'"

Giuliani added, "I think the political ramifications of that would be tough. Pardoning other people is one thing. Pardoning yourself is another. Other presidents have pardoned people in circumstances like this, both in their administration and sometimes the next president even of a different party will come along and pardon."

Whether or not Giuliani is correct depends on who you ask. Some legal experts say that “Literally, yes. He could write his pardon down on a napkin and sign it -- that would be a pardon," as P.S. Ruckman, a political science professor at Rock Valley College in Rockford, Illinois, who runs a blog about presidential pardons told Bloomberg News.

But, others say the answer is a little bit more murky. “The answer is crystal clear! And anyone who gives you a different answer is misleading you, because there is only one correct answer. Here it is: Nobody knows!,” Felix Frankfurter Professor of Law, Emeritus, Alan Dershowitz wrote in an op-ed.

In that same op-ed, Dershowitz notes that "James Madison wrote in the Federalist Papers that no person 'is allowed to be a judge in his own case.' Would violation of this principle bestow jurisdiction on a court to invalidate a self-pardon? The answer to that question remains unclear."

Indeed, as law professor Lawrence Tribe noted in a Washington Post op-ed, "Four days before Richard Nixon resigned, his own Justice Department’s Office of Legal Counsel" used that same line as reasoning as to why an embattled president cannot pardon himself.

Of course, President Trump has long maintained his innocence in the Russian collusion "witch hunt." Mueller has charged the president with anything specifically, so this really is just a hypothetical question.