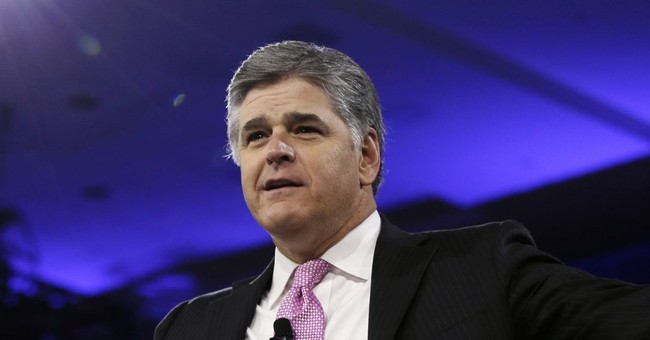 Fox News Channel is dominating cable news according to recent Nielsen Media Research data. The network with the slogan "Real News. Real Honest Opinion" has been putting up some real numbers in terms of ratings during the past few years.

According to Nielsen, Fox now has 10 of the top 15 cable news shows and has maintained nearly two years of beating every other cable channel for total daily viewers. CNN on the other hand has lost nearly 25% of its viewers. These numbers caught the attention of President Trump who declared that Fox News' rival CNN is "dead."

According to a recent Forbes article, Fox News primetime has an "average total audience of 2.381 million viewers, compared to MSNBC's 1.384 million and CNN's 835,000." Fox News host Sean Hannity proved yet again to be king of cable. As noted by Forbes, "aside from ESPN and the NBA Playoffs on TNT, Hannity outpaced every other show in basic cable. Hannity had an average total audience of 3.261 million, followed by MSNBC's The Rachel Maddow Show (2.627 million)." The next two shows were Fox News shows Tucker Carlson's Tucker Tonight and Laura Ingraham's The Ingraham Angle.

Furthermore Fox News Is bucking the trend, while most cable news channels experienced a decline, Fox did not. "In May, prime-time viewership for the cable news networks was down overall except for Fox News, which grew 6% from the same period last year," noted Forbes.