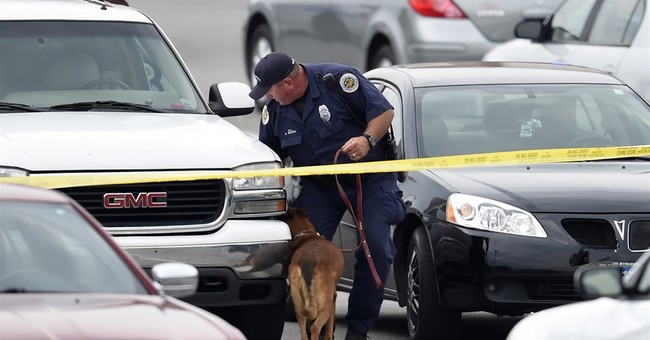 Police say that Travis Reinking, of Morton, Illinois, is the person of interest in the shooting. The 29 year old man is still on the run.

According to the Tennessean, “Police said a gunman opened fire at about 3:25 a.m. at the Waffle House at 3571 Murfreesboro Pike, which is just south of Mt. View Road.

Police said the vehicle the gunman arrived in is registered to Reinking. They said the gunman was reportedly last seen walking south on Murfreesboro Pike, had shed his coat and was nude.

The 911 call at 3:25 AM garnered massive police presence. More than 30 police officers arrived at the scene but the alleged suspect had already ran off by then.

BREAKING: 3 persons fatally shot & 4 others wounded at the Waffle House, 3571 Murfreesboro Pike. Gunman opened fire @ 3:25 a.m. A patron wrestled away the gunman's rifle. He was nude & fled on foot. He is a white man with short hair. pic.twitter.com/d1qxRxsGNx

"We are deeply saddened by this tragic incident," Waffle House said later in a statement. "Right now, our first thoughts are with the victims and their families, and we will be there for them in this most difficult time. We are still gathering the details, and so we do not have much information to share ... This is a very sad day for the Waffle House family.