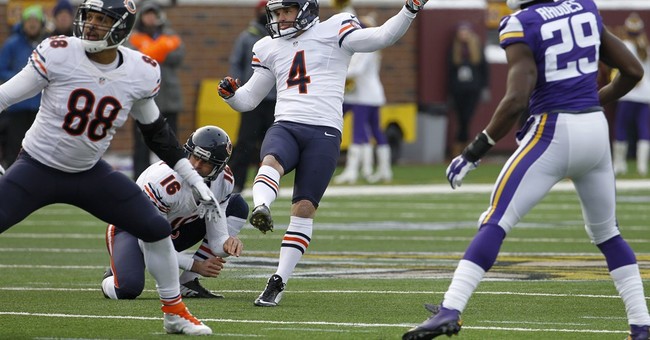 Michigan alumnus and football analyst Jay Feely’s joke about his daughter’s prom date may have gone a little bit too far, some critics say. Feely, a father of four, posted a photo of himself holding his handgun while wedged in between his daughter and her prom date.

The #Badboys is in reference to Bad Boys II featuring Will Smith and and Martin Lawrence. The two unorthodox cops decide to intimidate Reggie, who is taking their daughter out on a date for the firt time by brandishing guns and swearing at him. The comedy film is beloved by many. It appears Jay Feely is a fan of the film as well.

Most who understood the reference found the tweet hilarious.

One person said they understood the reference, but found it out of touch.

Others criticized the father for supposedly somehow indicating that his daughter was his property.

And out of touch with the idea that the daughter might be in control of her own decisions.

This whole debacle seems like an overblown reaction to a running joke amongst fathers that they will intimidate their daughter’s suitors with guns. The great country singer Rodney Atkins even has an entire song about the joke, called "Cleaning My Gun."

“Come on in, boy, sit on down
And tell me about yourself
So you like my daughter, do you now?
Yeah, we think she's something else
She's her daddy's girl
Her mama's world
She deserves respect
That's what she'll get
Ain't it, son?
Hey, y'all, run along and have some fun
I'll see you when you get back
Bet I'll be up all night
Still cleanin' this gun”

Still, criticism was so heavy that Feely was forced to respond and clarify the situation.

All in all, it seems like those on the left need to relax. The tweet was clearly a joke.