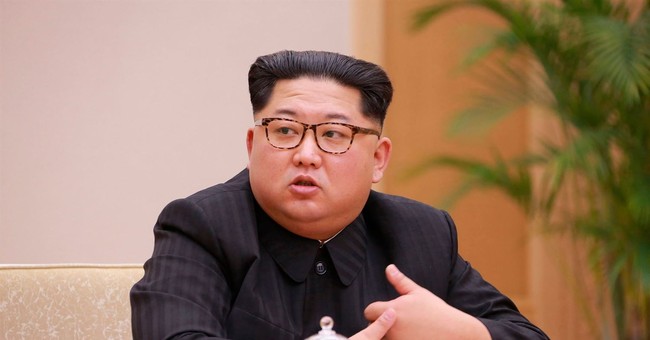 The North Korean state media has announced that dictator Kim Jong-un has suspended North Korea’s nuclear and long-range missile tests. The communist country also plans to close down its nuclear test site, according to media reports.

According to Fox News, the Korean Central News Agency announced:

"From April 21, North Korea will stop nuclear tests and launches of intercontinental ballistic missiles," the Korean Central News Agency said, according to Yonhap News. "The North will shut down a nuclear test site in the country's northern side to prove the vow to suspend nuclear test."

The British newspaper The Guardian notes the announcement comes a day  after South Korea expressed their desire for a denuclearized Korean peninsula.

“North Korea says it has suspended nuclear and long-range missile tests, and plans to close its nuclear test site.

The announcement was made by the state news agency KCNA early on Saturday morning, the day after a hotline between the leaders of North and South Koreawent live.

The North’s decisions were made in a meeting of the ruling party’s full central committee which had convened to discuss a “new stage” of policies.

It came a day after the South’s president, Moon Jae-in, said that Pyongyang had expressed a desire for the “complete denuclearisation” of the Korean peninsula without attaching preconditions such as the withdrawal of US troops.

The two countries are due to hold a historic summit next Friday on the southern side of the demilitarised zone, a heavily armed strip of land that that has divided the peninsula since hostilities in the Korean war ended in 1953."

North Korea and South Korea are planning to meet in before Kim Jong-un meets in May with the United States and President Donald Trump to discuss peace negotiations.

This will be updated as more news comes in.