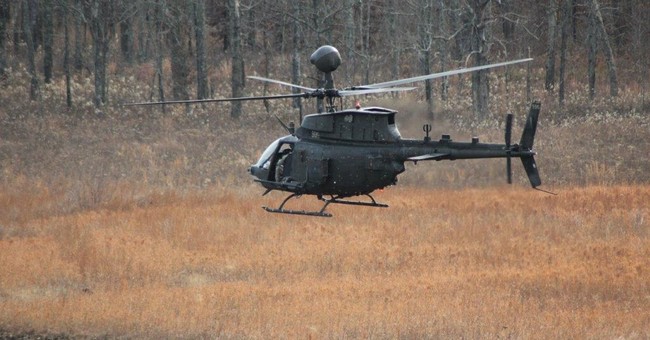 Fox News reports that two soldiers were killed as their helicopter crashed to the ground in Fort Campbell, Kentucky during a routine training practice Friday evening. This is now the fourth crash this week, killing seven members of the armed forces in a span of a few days.

The soldiers were members of the 101st Airborne Division. Accordingly, their names will not be released until 24 hours after next-of kin notification has been completed.

This crash is the most recent in a string of fatalities to hit the United States military just this week. On Tuesday, four marines were killed during a training exercised in El Centro, California.

The two pilots, Schultz and Phillips, and aircrew members, Holley and Conrad, were assigned to Heavy Helicopter Squadron 465, Marine Aircraft Group 16, 3rd Marine Aircraft Wing based out of the air station in Miramar, California.

“The loss of our Marines weighs heavy on our hearts,” Maj. Gen. Mark Wise, commanding general of 3rd MAW, said in a command release. “Our priority is to provide support for our families and HMH-465 during this critical time.”

Then, on Wednesday an Air Force pilot crashed and died during another training accident. The third pilot, a Marine, crashed but was able to survive by ejecting himself before impact.

However, the director of the Pentagon's Joint Staff denied this indicated a trend, according to Fox News. “I would reject ‘wave’ and ‘crisis. We’re are going to look at each one in turn. Each one is tragic. We regret each one. We will look at them carefully. I am certainly not prepared to say that it’s a ‘wave’ of mishaps or some form of ‘crisis,'” said Marine Lt. Gen. Kenneth F. McKenzie, Jr.