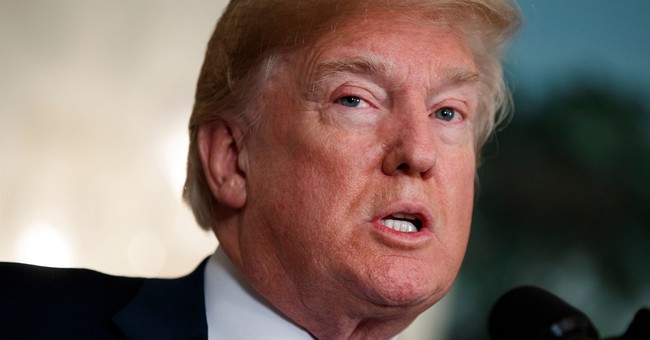 Could a recent Buzzfeed news story force America to get even tougher with Mexico due to illegal immigration? Based on President Trump's tweets today, that answer is yes.

On Friday March 30th, BuzzFeed's Adolfo Flores documented shocking photos of more than 1,000 migrants from Central America marching through the streets Mexico on their way to the United States border. While the fact that migrants  come through Mexico was not unsurprising, the sheer mass of people and the blatant unwillingness of Mexico's immigration agents to even bother with the problem was truly dismaying.

Taking a drag from her cigarette, a Mexican immigration agent looked out toward a caravan of migrants that grew larger with each step they took on the two-lane highway.

When the agent, who'd covered her uniform with an orange and white shawl, learned that the Central American migrants heading her way numbered more than 1,000, she took off for the restaurant across the street.

“I'm going to have a relaxing Coke,” she told BuzzFeed News.

For five days now hundreds of Central Americans — children, women, and men, most of them from Honduras — have boldly crossed immigration checkpoints, military bases, and police in a desperate, sometimes chaotic march toward the United States. Despite their being in Mexico without authorization, no one has made any effort to stop them.

Organizers like Rodrigo Abeja hope that the sheer size of the crowd will give immigration authorities and criminals pause before trying to stop them.

“If we all protect each other we'll get through this together,” Abeja yelled through a loudspeaker on the morning they left Tapachula, on Mexico's border with Guatemala, for the nearly monthlong trek.

The number of people who showed up to travel with the caravan caught organizers by surprise, and has overwhelmed the various towns they've stopped in to spend the night. Pueblos Sin Fronteras counted about 1,200 people on the first day.

About 80% of them are from Honduras. Many said they are fleeing poverty, but also political unrest and violence that followed the swearing in of Honduran President Juan Orlando Hernández after a highly contested election last year. The group often breaks into chants of “out with JOH.” They also chant “we aren't immigrants, we're international workers” and “the people united will never be defeated.”

Apparently, this type of commute is the preferred method of illegal aliens because it guarantees safety in numbers.

Sandra Perez, 40, who's also from Honduras, is one of two women who belong to the security committee. It's not her first caravan: She has traveled with a procession of Central American mothers through Mexico in search of disappeared migrants.

“I like doing this, it makes me happy and I feel useful,” she told BuzzFeed News.

Not everyone is planning on crossing into the United States undetected. Migrants like Yonis, an Honduran man who declined to use his full name, are hoping to get their families to other parts of Mexico. He was able to legalize his status in Mexico and is hoping to get his wife and seven month old baby to the Mexican state Nuevo León.

"I have my life there," Yonis told BuzzFeed News. "We're all here fighting together, going to different borders, chasing an American dream that sometimes becomes a reality or doesn't for some."

Organizers estimate that about two-thirds of people are planing on crossing into the United States undetected or asking for some type of protection like asylum.

Twenty-nine-year-old Mateo Juan said the caravan was his third attempt at getting to the United States. Seven months ago, Mexican immigration officers pulled him off the bus. The same happened about a month ago.

He heard about the caravan in March when he arrived in Tapachula, the caravan's starting point.

“Going alone is risky. You're risking an accident, getting jumped by robbers, and even your life,” he told BuzzFeed News. “All of that, and then you don't get to the United States. The caravan is slower but you know you're going to get there safely.”

This led President Trump to tweet on Easter Sunday that America will finally have to deal with Mexico's "cash cow" - the North American Free Trade Agreement -  if their government does not help prevent illegal immigration in to the United States.

These big flows of people are all trying to take advantage of DACA. They want in on the act!

It should be noted that President Trump has made similar comments in the past.

"They can pay for it indirectly through NAFTA," Trump said Thursday in an interview with The Wall Street Journal. "We make a good deal on NAFTA, and, say, 'I'm going to take a small percentage of that money and it's going toward the wall.' Guess what? Mexico's paying."