Border Patrol: 'Walls Work and the Data Shows It' 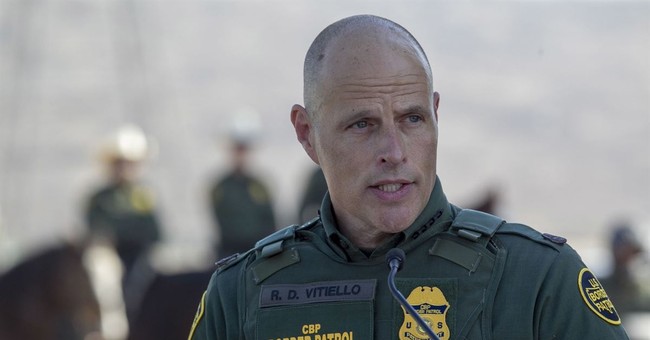 Customs and Border Protection Acting Deputy Commissioner Ronald Vitiello slammed border security critics at a Friday afternoon press conference. He told the media that the simple truth of the matter is that “walls work and the data shows it.” But, Vitiello also raised a major concern – lack of funding.

"Border wall system is a comprehensive solution that provides wall, lighting, enforcement cameras, and other related technology, and all-weather roads to impede and deny illegal cross-border activity,” he added.

The United States government recently allotted $1.6 billion for border wall construction security. On that note, Vitiello said, "We appreciate this down payment ... but it does not fully fund our needs in the most critical locations.”

For perspective, Vitiello said "that $25 billion would be enough to replace or upgrade existing fencing and add about 300 miles of new pedestrian barrier. Vehicle barrier accounts for 300 miles of current fencing. The rest is higher and intended to keep out individuals," according to Dallas News.

There are currently 654 miles of fencing on the southern border, but that number is not even close to enough secure the 1,954 mile border. According to Customs and Border Protection, "when fully funded, about 1,000 of almost 2,000 of the U.S. border with Mexico will have border wall and other critical infrastructure."