Forget the Wall, We Spent How Much on a Door? 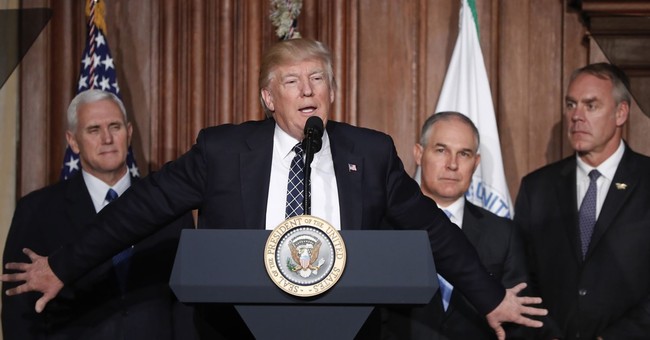 Critics have lambasted President Donald J. Trump and Republicans for ludicrous government spending and proposed price tags on items such as the wall along the Mexican border, but Rep. Trey Gowdy (R-SC)  is calling for explanation as to a how a door could have possibly cost the Interior Department nearly $140,000.

Rep. Gowdy, House Oversight Committee Chairman, sent Sec. of Interior Ryan Zinke a letter on Thursday, saying, "The committee is aware of numerous reports about the need for replacement doors at the Department and allegations of excess cost" and asked for proof and expense reports that the door cost $138,670.

But, a spokesperson for the Department claims that request for the upgraded door was made under President Obama.

"The secretary was not aware of this contract but agrees that this is a lot of money for demo, install, materials, and labor," Interior press secretary Heather Swift said in a statement.

"Between regulations that require historic preservation and outdated government procurement rules, the costs for everything from pencils to printing to doors is astronomical. This is a perfect example of why the secretary believes we need to reform procurement processes."

Regardless who ordered the door, as Swift noted, should this price tag not be a wake up call that the government should perhaps review and get rid of "outdated government procurement rules" to avoid this price tag?  For clarification, this was simply a balcony door that leaked when it rained.

But, that being said, how was Sec. Zinke unaware that this expense was occurring under his watch? Are there more upgrades leftover from the Obama era that may surprise the government this year? 140k may come across as a small drop in the bucket, but it is a little troubling that tax dollar waste occurs on such a grand scale on even the tiniest problem.