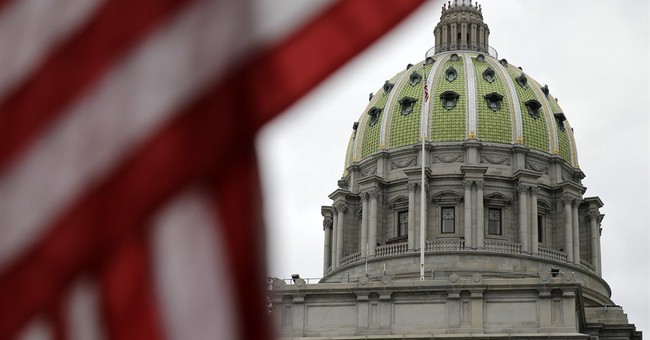 Since the Parkland, FL shooting took the lives of 17 innocent Americans, many have pondered the best way to protect our nation’s students. But one school district in Pennsylvania has decided that children should simply defend themselves – with rocks. And lots of them, according to ABC WNEP 16.

Dr. David Helsel, Superintendent of Blue Mountain School District in Schuykill County, PA, has placed a bucket of rocks in each classroom. Students have been instructed how to throw the rocks and take down any potential threats.

“Every classroom has been equipped with a five-gallon bucket of river stone. If an armed intruder attempts to gain entrance into any of our classrooms, they will face a classroom full students armed with rocks and they will be stoned,” Dr. Helsel told the House Education Committee last week in Harrisburg.

“At one time I just had the idea of river stone, they`re the right size for hands, you can throw them very hard and they will create or cause pain, which can distract,” added Helsel.

But, his school district is also doing more than just providing their students with natural ammunition.

“We have devices installed in our doors that help to secure them, to make it very difficult to break through,” said Helsel. “We also have, we train kids and talk about barricading the doors.”

“At this point, we have to get creative, we have to protect our kids first and foremost, throwing rocks, it's an option,” said parent. Dori Bornstein.

“It's absurd, arm the teachers,” said another.

There are no plans to arm the teachers with weapons.