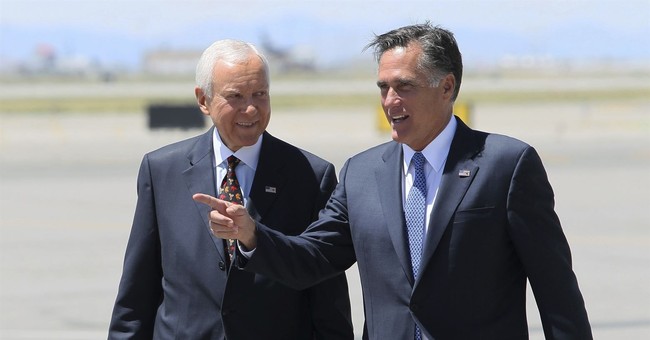 The Atlantic reports that former Massachusetts governor Mitt Romney is already being considered for a spot in Republican leadership, despite not even announcing yet if he will run for Utah’s open senate seat, according to a GOP source.

“According to a Republican donor with direct knowledge, Senate GOP leaders have expressed an early interest in having Romney succeed Colorado Senator Cory Gardner as chairman of the National Republican Senatorial Committee. The role involves leading the Senate GOP’s fundraising arm and helping recruit and vet prospective GOP candidates for the upper chamber. A Republican source close to Romney confirmed that the idea of the Utah Republican taking over the NRSC has generated chatter in recent weeks,” reports Elaina Plott and McKay Coppins.

The article goes on to say that Gardner called the GOP donor and told him that he “liked Romney” as his replacement. The Atlantic’s source concurred with that assessment, saying, “[Romney’s] got the stature and a virtually unmatched fundraising base to draw upon. And he’s running because he wants a national platform to help the party anyway.”

The Republican source also noted that it would elevate Romney’s stature as an anti-Trump colleague within the party. “Mitt becoming Senator Mitt Romney and chairman of the NRSC elevates Trump’s biggest intra-party foe,” the Republican donor said. “This is not the outcome Trump wanted when he encouraged Hatch to run again.”

Earlier this week, Romney announced that he will be making a special announcement regarding Utah's senate seat on February 15th. It is speculated that he will announce he is indeed running. Recent polling suggests that Mitt Romney would absolutely trounce any Democratic opponent in the 2018 election. According to theSalt Lake Tribune, Romney would have "64 percent of the vote in Utah compared with 19 percent for Democrat Jenny Wilson."