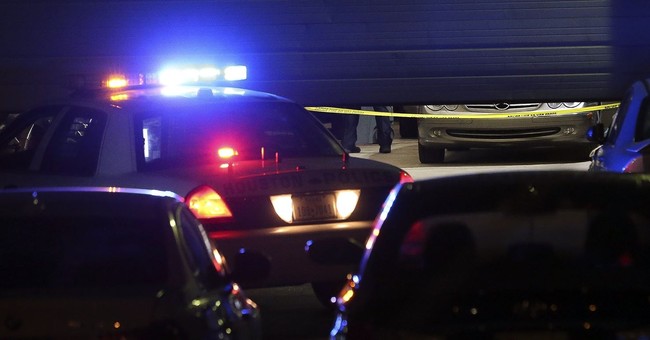 Houston police report that a man has been arrested after authorities discovered multiple weapons and a bevy of ammunition inside his hotel room that was located on the top floor of the Hyatt Regency in downtown Houston.

Early Sunday morning at 1:30 am, police responded to a call about a belligerent intoxicated man inside the hotel. After calling for back up, police entered the man’s hotel room and noticed ammunition.

After detaining the man, Houston police found an AR-15, a shot gun, a handgun, and a boatload of ammunition.

However, according to NBC 4 Washington, "Police spokesman Victor Senties said the man later told investigators he'd brought the guns into his room from his truck because he didn't want them to get stolen. He said his truck was parked in the hotel garage."

Situation from this morning at downtown hotel is contained. No specific threats to @HoustonTX. @houstonpolice will be heavily deployed throughout the city to include SWAT react teams. Proud of officers & Hyatt. As always be vigilant & report suspicious a activity to authorities.

The hotel the man was staying at was preparing a massive New Year's Eve celebration. The scene inside the accommodation is reminiscent of the Las Vegas shooter earlier in 2017, who stockpiled weapons and ammunition inside his hotel room. That gunman was able to carry out his plot, killing 58 and wounding more than 500.

Police are still investigating the incident. He has been charged with unlawfully carrying a weapon and trespassing.