By George! Christ Church Will No Longer Honor Washington 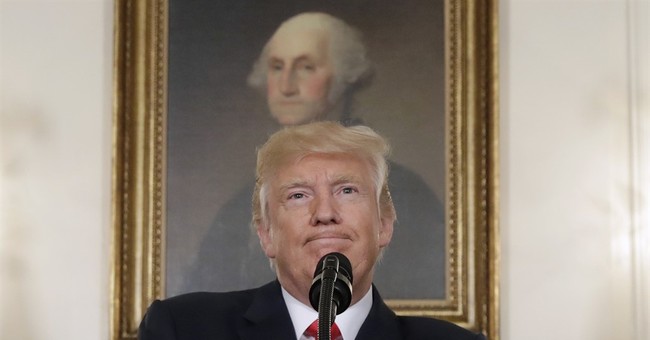 Fox & Friends Saturday reported this morning that leaders of the church where President George Washington  attended will be removing a plaque in his honor out of concern the memorial to the first President offends parishioners.

Christ Church in Alexandria, Virginia will take down a memorial marking the pew where Washington sat with his family, saying it is not acceptable to all worshipers.

“The plaques in our sanctuary make some in our presence feel unsafe or unwelcome," leaders said, a reference to the fact that Washington was a slaveholder.

"Some visitors and guests who worship with us choose not to return because they receive an unintended message from the prominent presence of the plaques.”

"Many in our congregation feel a strong need for the church to stand clearly on the side of 'all are welcome- no exceptions,'" they concluded.

According to Christ Church'swebsite, Washington was a financial supporter  and responsible along with other leaders for the early success of the Episcopalian church.

George Washington was first elected to the Truro Parish in 1762. The parish, a geographic area, included Alexandria, Fairfax, Falls Church, and Mt. Vernon.

Washington bought and later rented a box family pew and attended services when in Alexandria. Visitors are welcome to sit in the pew.

Christ Church was financially supported by the British government. But following the American Revolution, the lack of government support placed the future of the church in doubt.

The American Revolution began shortly after completion of the churches and ultimately required the organization of the Episcopal Church in the United States of America, an autonomous province of the worldwide Anglican Communion. This change meant the end of government support and protection. Unlike many Virginia parishes, Christ Church survived and grew through the support of local residents like George Washington and the clerical leadership of David Griffith and Bryan Fairfax. The church was vigorous enough to accommodate a division that resulted in the establishment of St. Paul’s, also in Alexandria, in 1809.

The house of worship will also be removing plaques for Confederate General Robert E. Lee, who also attended weekly service there with his family. .

According to the Washington Times, "the Rev. Noelle York-Simmons, rector of the church, said the decision was made by 'unanimous vote' of the vestry."

President Donald J. Trump has weighed in on the controversy surrounding statues to American leaders who owned slaves such as George Washington. Earlier this year, he warned removal of statues and other  plaques honoring such figures would decimate American history.

Just recently, he showed support for Virginia GOP gubernatorial candidate Ed Gillepsie because believed he would protect our heritage.

Ed Gillespie will turn the really bad Virginia economy #'s around, and fast. Strong on crime, he might even save our great statues/heritage!

The plaques honoring Robert E. Lee and George Washington are expected to come down by next summer. It is unclear in what future capacity leaders will show the historical figures' relationship to the church.