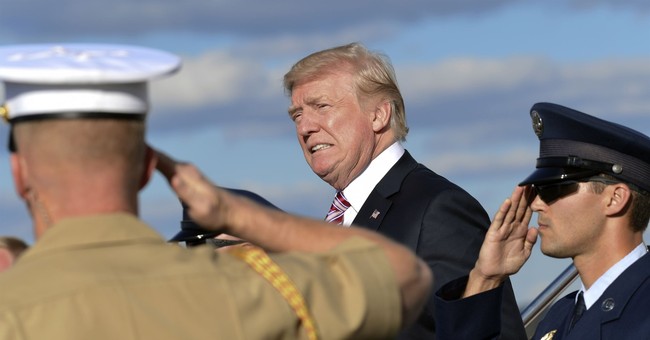 The Mayor of San Juan, who was very complimentary only a few days ago, has now been told by the Democrats that you must be nasty to Trump.

...Such poor leadership ability by the Mayor of San Juan, and others in Puerto Rico, who are not able to get their workers to help. They....

The military and first responders, despite no electric, roads, phones etc., have done an amazing job. Puerto Rico was totally destroyed.

His tweets come less than 24 hours after the San Juan Mayor criticized President Trump on CNN, saying "We're dying here. We truly are dying here. I keep saying it: SOS. If anyone can hear us; if Mr. Trump can hear us, let's just get it over with and get the ball rolling."

The mayor of San Juan to President Trump: "You don't put debt above people, you put people above debt" https://t.co/ExMr6gTdmO

Fake News CNN and NBC are going out of their way to disparage our great First Responders as a way to "get Trump." Not fair to FR or effort!

The Fake News Networks are working overtime in Puerto Rico doing their best to take the spirit away from our soldiers and first R's. Shame!

Conservatives and liberals alike were quick to strongly condemn the President for attacking the mayor of a city struggling in the devastating wake of a hurricane.

Early criticisms of Trump on PR were unfair. Now he deserves everything he gets. Utterly disgraceful. https://t.co/1nuHa1JQkE

Puerto Rico was, for all intent and purposes, totally destroyed by category 5 Hurricane Maria. There are currently a myriad of causes and charities helping the beleaguered island, but some residents say they do not need money, but manpower and physical support.

Admittedly, the President's comments are a bit unseemly during this emergency. One has to question the judgment of the President of the United States after he personally attacked a fellow public servant, when so many citizens have lost everything in a natural disaster and are searching for hope.

.@gehrig38 on Puerto Rico needing help: "These are Americans." pic.twitter.com/jIDgC0sQQV