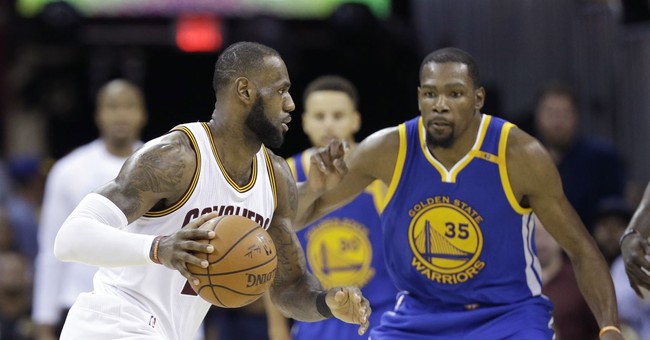 The Californian team coached by Steven Kerr and led by Steph Curry announced they will not be visiting the White House, regardless if the invitation still stands. Instead they will be using their D.C. trip to celebrate "diversity, equity, and inclusion."

"While we intended to meet as a team at the first opportunity we had this morning to collaboratively discuss a potential visit to the White House, we accept President Trump has made it clear that we are not invited

"We believe there is nothing more American than our citizens having the right to express themselves freely on matters important to them. We're disappointed that we did not have an opportunity during this process to share our views or have an open dialogue on issues impacting our communities that we felt would be important to raise"

President Trump issued the following tweet today in response to Steph Curry's statement on Friday indicating he would personally be absent on the team's championship trip.

In response to that, Cleveland Cavaliers star Lebron James tweeted:

Lebron campaigned for Hillary Clinton in his home state of Ohio, but the Democratic candidate lost the state.

President Trump has now angered star athletes in the NFL and the NBA this weekend, after criticizing NFL players who kneel during the anthem. That criticism from Friday night garnered a response from Commissioner Goodell.