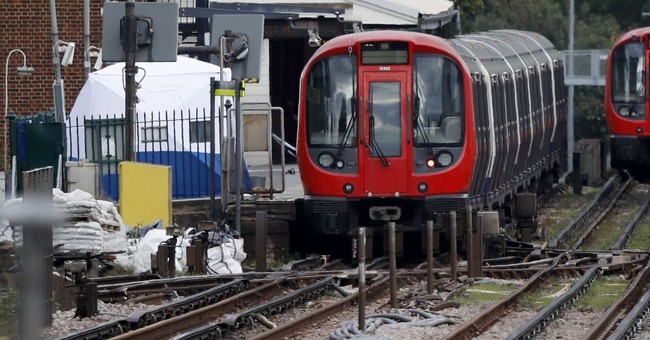 Armed police detained an 18 year old man early this morning in the port of Dover, England, in what is being described as a “significant” arrest in the investigation into the ISIS claimed terrorist attack that occurred in West London yesterday, according to The Telegraph.

The explosive device failed to properly detonate on a subway at Parsons Green Station, U.K., but the ISIS placed blast still managed to harm 29 people. A second device was defused by authorities. It is believed the first bomb was accidentally detonated and the intended target was Westminster station.

This attack is the 5th terrorist attack on the U.K. in the past six months. ISIS was also behind the London Bridge Attack in June, which saw eight people, plus three terrorists, killed.

In an all night endeavor, Kent Police finally found a suspect; the aforementioned 18-year-old.

Deputy Police Commissioner Neil Basu, Senior National Co-Coordinator for Counter Terrorism Policing commented, “This arrest will lead to more activity from our officers. For strong investigative reasons we will not give any more details on the man we arrested at this stage.” Basu also added, “Although we are pleased with the progress made, this investigation continues and the threat level remains at critical…The public should remain vigilant as our staff, officers and partners.” Partners continue to work through this complex investigation.

The man’s name is not being released at this point, but detectives have spoken with 45 witnesses and received over 75 images and investigators. So far on Saturday, a house in Sunbury-On-Thames has been raided by what appears to be a bomb squad unit. Shortly after, residents were evacuated as precautionary measure. No further arrests have been made.