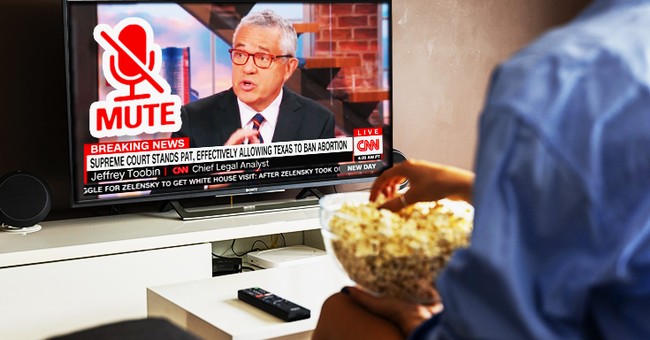 As Katie reported, the Supreme Court sided with school choice advocates on Tuesday in a 6-3 decision regarding voucher programs in Maine.

We got the school "voucher" decision. Maine had barred parents without a public school option from using state money toward religious schools. 6-3 #SCOTUS finds that violates the Constituition. https://t.co/JvqneVvHpN

Predictably, as with any victory for individual freedom — and especially in dealing with parents' choice of where their children get an education — the mainstream media and liberal activist organizations have not been taking the Supreme Court ruling well. Most of the unhinged wailing centers on the supposed "separation of church and state," which is invoked dubiously to claim that allowing parents to choose where their children attend school means that religion is being forced by the government. But, that's just not true, as the Court's ruling made clear. When in full meltdown mode, though, libs never let the facts get in their way.

Where #SCOTUS is heading: all parents get vouchers and they can send their kids to public or parochial schools. "Separation of church and state" is a vanishing concept at the Supreme Court.

Woe is he who gets caught *redacted* on a work zoom call and longs for the days where church and state were separated, apparently. Toobin went even further on CNN, calling Tuesday's ruling "a death sentence to public schools" in America. Look, Jeff — relax.

Toobin pipes up again to decry the idea of funding students and not systems.
"That would be, many public school advocates say, a death sentence to public schools in this country," he frets. pic.twitter.com/EFbFxrfAYS

Then there's the ACLU, a group of people so committed to civil liberties that they want to restrict the freedom of parents to choose where their children go to school and ensure that they're not able to pick an institution that aligns with their religious beliefs. Stunning and brave?

The Supreme Court’s decision today undermines our Constitution’s promise of separation between government and religion.

Not so much. Any group that demands taxpayers fund abortion on demand at any point until birth doesn't get to discriminate against parents who want to send their kids to a school of their choosing.

Then there's Elie Mystal, of The Nation, who's decided that the institution which legalized same-sex marriage is just a theocracy.

And we have Carson v. Makin. This would be a bigger deal if the theocrats weren't so obviously in control of the Court.
Maine pays for schools for students whose home district has no school. But won't pay for religious schools.
6-3 Theocrats says that violates free exercise.

And National Public Radio — which is funded by your tax dollars — also joined the leftist anti-choice narrative to paint as dystopian a picture as possible quoting only the dissent while omitting what the opinion actually said:

Then there's American Atheists, who called the opinion that provides equal access to school voucher programs for all Mainers regardless of religious belief "extremist" and claimed it will force taxpayers to support "discriminatory" Christian institutions.

Acting like there's never been a situation in which Christians have been forced to have their tax dollars pay for programs or procedures that violate their deeply held religious beliefs — or be hauled to court for just living their life in accordance with their faith — is a laughably unserious position to take. The Court didn't rule that all students must attend religious schools, or that vouchers can only be used for religious schools. It only ruled that religious schools cannot be discriminated against within Maine's voucher program. But, as usual, the left hates the idea of freedom and personal choice when its enjoyed by conservatives and only thinks their ideological team should be able to do as they please.