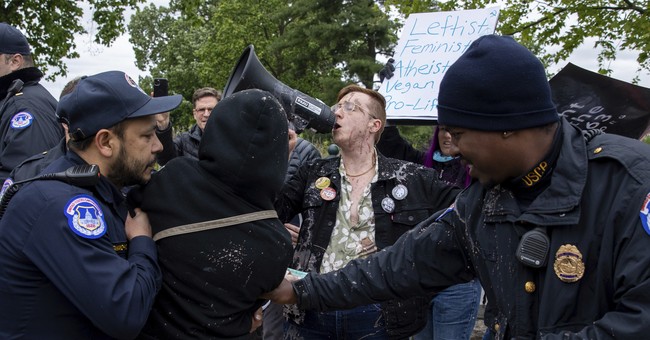 The United States Senate on Monday night rushed through approval for a bill beefing up protection for Supreme Court Justices amid escalating threats against members of the Court and attacks targeting pro-life organizations.

As Townhall reported last week, Republican Texas Senator John Cornyn introduced the "Supreme Court Police Parity Act" that expanded protections for Supreme Court Justices and their families while giving Supreme Court Police enhanced abilities in carrying out their protective duties. Democrat Senator Chris Coons of Delaware quickly signed onto Cornyn's bill and helped speed it through his side of the chamber.

After the Senate passed the bill to increase the level of protection for Supreme Court Justices and grant 24-hour protection for their families via unanimous consent, Senators Cornyn and Coons each released statements applauding their colleagues' quick work to move the legislation forward.

"I am glad to see this bipartisan bill unanimously pass the Senate in order to extend security protection to the families of Supreme Court members," Sen. Coons remarked.

"Threats to the physical safety of Supreme Court Justices and their families are disgraceful, and attempts to intimidate and influence the independence of our judiciary cannot be tolerated,” said Sen. Cornyn. “I’m glad the Senate quickly approved this measure to extend Supreme Court police protection to family members, and the House must take up and pass it immediately," he added.

The next stop for the legislation, as Cornyn noted, is the House of Representatives where it must also pass before going to President Joe Biden's desk for his signature.