Did You See Kamala Harris Trying to Explain Space...to the Space Force? 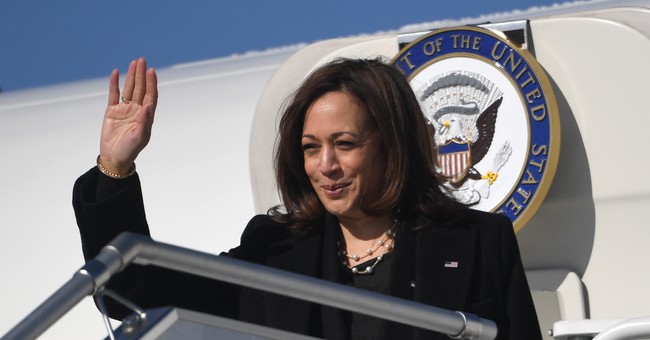 While on the road in California this week, Vice President Kamala Harris made a stop at Vandenburg Space Force Base north of Los Angeles to announce a new U.S. policy that again kneecaps U.S. defense capabilities when it comes to ensuring foreign threats are able to be deterred or destroyed.

As ABC7 reported, "the vice president announced that the United States is committing to a ban on destructive, anti-satellite missile testing, and calling on other countries to do the same." The Biden administration's ban comes after Russia and China have already carried out such tests in the past and are unlikely to heed the Biden administration's request that they stop pursuing offensive space capabilities.

If the U.S. sticks to Harris' commitment, that puts America at a disadvantage in space against foreign foes who may seek to take out critical satellites and now know there won't be a retaliatory hit from the United States. So, not exactly the "peace through strength" that's necessary to deal with nations like China and Russia.

Harris also, in the course of her remarks to Space Force Guardians, attempt to explain...space. In a section of her remarks delivered Monday, ones that were reminiscent of her comments on the "significance of the passage of time," she really went for it:

"I think everyone here recognizes how extraordinary space is," Harris said. "Whether it is satellites that orbit the earth, humans that land on the moon, or telescopes that peer into the furthest reaches of the universe, space is exciting," she told the Space Force Guardians who presumably were already aware of what space is. "It spurs our imaginations, and it forces us to ask big questions," Harris added. "Space, it affects us all — and it connects us all."