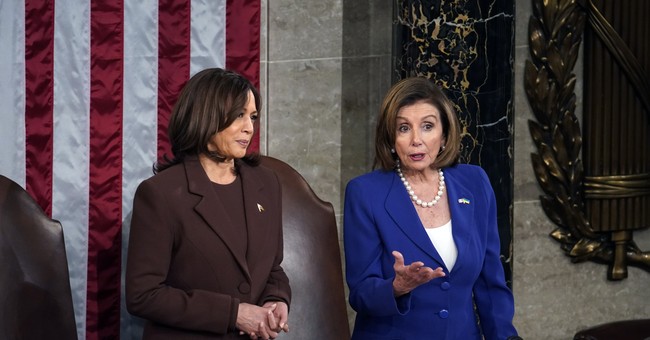 Conservatives are no stranger to cancel culture, nor are they unfamiliar with being censored and falsely smeared by their ideological opponents on the left in big tech or the mainstream media. It's a shameful but expected part of life for conservatives in the sorry state of discourse conservatives find themselves in.

Sadly, though, sometimes the cancel culture warriors come from within what is considered to be conservative media. As is the case with Amber Athey, a friend, trivia teammate, and Washington Editor of The Spectator.

Earlier this year, Amber was announced as a new rotating co-host of the show O'Connor & Company hosted by another friend and Townhall Senior Columnist Larry O'Connor. The show would air in the mornings on WMAL, a conservative talk radio station that's part of the Cumulus Media family.

But in recent weeks, Amber's voice has been missing from the morning drive-time radio show. On Monday, she broke her silence with a column on what happened: she'd been unceremoniously fired by the apparently cowardly leadership of Cumulus Media who caved to phony outrage from woke intolerants who probably didn't even listen to WMAL in the first place.

About a month ago today, I posted a tweet during the State of the Union address poking fun at Vice President Kamala Harris’s outfit. Harris wore a chocolate brown business suit that was panned on social media — some users compared her to a Hershey’s chocolate bar, while others wondered why she wore the same color as her chair. I went for a UPS joke, featuring the company’s now retired slogan:

“Kamala looks like a UPS employee — what can brown do for you? Nothing good, apparently.”

No one had a problem with the tweet until a few days later, when I spoke critically of protests in favor of “trans kids” at the University of North Texas. A group of maniacal left-wing activists who want to chemically castrate children in the name of “gender affirmation” came after me. All of a sudden, the Kamala tweet was being re-framed as racist and dozens of Twitter accounts were bragging about contacting my employers about my “bigotry.”

On March 9, I co-hosted the show alongside my friend Larry O’Connor, just like I normally do on Wednesday mornings. It had been nearly a week since the social media meltdown over my Kamala tweet, and none of us at the show had a feeling that anything was amiss.

They told me that the tweet I sent about Kamala was “racist” and that subsequent follow-ups defending myself and making fun of the efforts to cancel me were unacceptable. I had violated the company’s social media policy, they said, and I was terminated effective immediately.

They did not have the courtesy to offer me an opportunity to defend myself, nor did they speak to anyone at the program before handing down their decision.

Despite multiple appeals, during which company officials admitted that the perception of racism was more important than whether or not my tweet was actually racist, the company has refused to reverse its decision. Meanwhile, my image and bio is still being used on the WMAL website and social media channels to promote their programming. I am racist enough not to be paid, but not so racist that my likeness cannot be affiliated with the station, apparently.

It is the height of hypocrisy for Cumulus to own a radio station that positions itself as committed to conservative thought and standing up to leftist bullies only to turn that station into a piece of the cancel culture apparatus used to silence conservatives based on ludicrous claims of racism.

As Amber concludes in her column, the situation "has destroyed the integrity and reputation of WMAL and Cumulus as hosts of conservative content. We spoke frequently about the dangers of censorship and cancel culture on our program, and yet here they are bowing to the mob," she adds. "Political commentary is worthless if it can’t be used to speak truth to those in power without fear of professional consequences."

She's right. I've filled in as a co-host of the old morning drive-time program and was a frequent guest in my previous position as the spokesman of Young America's Foundation talking about, ironically, the dangers of cancel culture on college campuses. Will I be allowed back on their air after this? Who knows. But standing against cancel culture on college campuses, in larger society, and especially in "conservative" media is far more important than whatever a five minute interview about news of the day would be. If conservatives can't call out cancel culture within the movement, how can they be taken seriously highlighting it elsewhere?

Amber's tweet about Kamala Harris' outfit and her utter lack of effectiveness as Vice President was funny. It was one of a countless number that poked fun at her fashion choice. It was certainly not racist, unless UPS is a racist company for having "What Can Brown Do For You?" as its slogan.

Being a witty commentator, a critic of the Biden administration, and a bold conservative should never be grounds for dismissal, least of all from a "conservative" media outlet. Amber did nothing wrong, but WMAL and Cumulus certainly did when they caved to the woke mob and became just another cog in the left's cancel culture machine.

Over the past two weeks, I have received a lot of questions about why I haven't been on @WMALDC.

I was not sick or on vacation. @WMALDC @CumulusMedia fired me for making a "racist" joke about Kamala Harris's SOTU outfit. https://t.co/kOV9mTLqIA