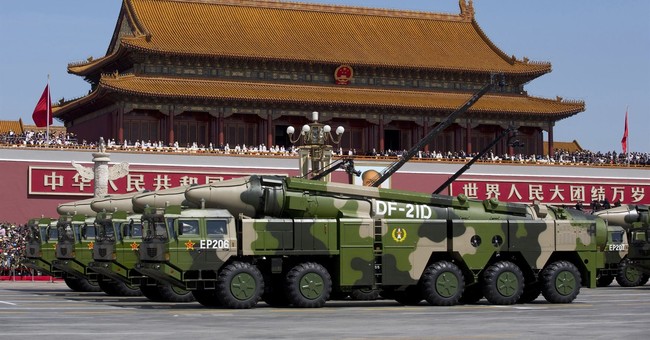 New polling conducted by Gallup just before Putin invaded Ukraine reveals that the threat to U.S. interests posed by Russia doesn't rank as high in Americans' minds as other hostile countries and terrorist groups, but Democrats continue to view global warming as a critical threat to the United States.

Overall, Gallup's survey found that "terrorism, the development of nuclear weapons by unfriendly countries, and China's military power as the most critical threats to U.S. vital interests" and cyberterrorism topped the list of concerns.

82% of U.S. adults identify cyberterrorism as a critical threat, while 71% say the same about international terrorism and 68% about domestic terrorism. More than three-quarters each believe Iran's and North Korea's development of nuclear weapons is a serious threat to the U.S. Two-thirds say the same about Chinese military power, while 57% identify China's economic power as a threat.

Meanwhile, the survey found that "59% of U.S. adults regarded Russia's military power, and 52% said the Russia-Ukraine situation, represented critical threats to the U.S." Those numbers are higher than in previous Gallup surveys, but concerns about Russia still lag behind other countries.

Gallup's survey also showed that Americans, in a bit of positive news, seem to be waking up to the threat China poses: "The 67% who currently view China's military power as a critical threat is the highest in Gallup's trend, 16 percentage points above the prior high from 2013 and 26 points higher than the previous measure, in 2016."

Before the Russian invasion of Ukraine, Americans were most likely to name cyberterrorism as a critical threat to U.S. vital interests from among 13 potential international and domestic threats. https://t.co/txVSMFnzqh

As expected, given the long-running Democrat fear-mongering over the environment, 83 percent of Democrats say global warming poses a critical threat to vital U.S. interests — almost the same amount who said China is a critical threat: