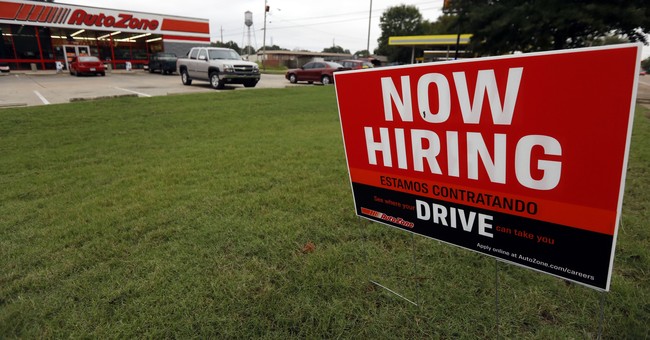 The Bureau of Labor Statistics released its August jobs data on Friday morning showing a much weaker than expected 235,000 jobs were added while the unemployment rate dipped .2 percent from July to 5.2 percent, missing expected job growth by 500,000.

Notably, a big loss in restaurant/hotel jobs. That's been a bellwether throughout the pandemic pic.twitter.com/OJePFranFe

While it was estimated that the unemployment rate would fall to 5.2 percent, August's jobs numbers are a significant miss from the 720,000+ new jobs economists predicted would be reported.

Total nonfarm payroll employment rose by 235,000 in August, and the unemployment rate declined by 0.2 percentage point to 5.2 percent, the U.S. Bureau of Labor Statistics reported today. So far this year, monthly job growth has averaged 586,000. In August, notable job gains occurred in professional and business services, transportation and warehousing, private education, manufacturing, and other services. Employment in retail trade declined over the month.

Reported job losses in retail along with restaurants could be partially explained by the Delta variant of the Wuhan coronavirus and the restrictions many liberal cities and states snapped back in place. The trend of such losses in face-to-face jobs could continue as vaccine mandates such as the one rolling out in New York City restrict those able to work, dine, or shop in person.

The big red flag in the August jobs report: Job LOSSES in retail and restaurants -- likely b/c of the Delta variant.

With no way to spin the results as anything but a miss for the Biden economy, even The Washington Post called August's report "lackluster" and "disappointing."

"This was a big disappointment," reacted CNN. "In August, Job growth slowed dramatically."

CNN on the August jobs report "a BIG disappointment" and a "big miss." pic.twitter.com/lSSVA7O8oW

Over on CNBC, anchors pointed out the job growth during the month Biden surrogates traveled the country touting the president's promise to build back better was "really weak," adding "this is terrible news... for the real economy."

"This is terrible news for what it means for the real economy." pic.twitter.com/Y0wjG3CDOR

August's jobs report comes as Americans continue to see prices rise due to the inflation that's proved persistent despite the Biden administration's claims that such increases are temporary. And despite Americans' wages rising, Biden's inflation-driving policies mean many workers have less buying power.

Americans continue to become disenchanted with President Biden's performance, especially when it comes to his handling of the economy. A majority now believe the economic situation in the United States is getting worse under his leadership, and his overall job approval is continuing a downward turn.