'Going Into Harm's Way': U.S. Troops to Arrive in Kabul This Weekend 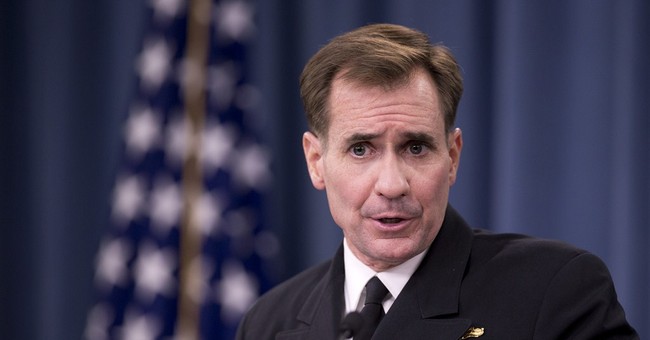 Capping off a week of tense exchanges with members of the media on Friday, Pentagon Press Secretary John Kirby again sought to provide clarity on the Biden administration's decision to send U.S. troops to secure and assist in the evacuation of the U.S. Embassy in Kabul, Afghanistan as the Taliban takes over more of the country.

"The operation has begun" and "troop movements are happening as we speak," Kirby said, noting the leading element of U.S. forces is already on the ground in Kabul and personnel will "continue to flow over the next couple of days."

While "plans and sourcing for aircraft support and airlift are being worked out," Kirby admitted, an "airlift will not be a limiting factor in this mission," he added. "Capacity's not going to be a problem" for the airlift which the Pentagon expects to "be able to move thousands per day."

The arrival of U.S. personnel comes as Taliban fighters stand just 30 miles outside of Kabul. "We're going to be watching the security situation day-by-day," explained Kirby, adding the Pentagon is "certainly concerned by the speed with which the Taliban has been moving."

Q: "Is the military or the Pentagon...surprised by how fast the Taliban has been able to move through parts of the country?" pic.twitter.com/ii6bPgWm88

"The deteriorating conditions are a big factor" in President Biden's decision to approve this mission, said Kirby, who hedged repeatedly on the reality on the ground in Kabul as the Taliban sets its sights on the Afghan capital. "We know that time is a precious commodity," he added.

Q: "Is Kabul under threat? Is Kabul isolated?"

"Kabul is not right now in an imminent threat environment," Kirby said, admitting the Taliban "Clearly, from their actions... are trying to get Kabul isolated" as they've done with an increasing number of provincial capitals in just the last week.

The new troops being deployed to assist the State Department "are certainly going into harm's way," Kirby reiterated. "Nobody's walking away from the fact that this is particularly dangerous." The U.S. troops "will have the right to self-defense" and "they will be armed," he added. "If these forces are attacked and threatened," Kirby warned, "we have the ability [and] the right of self-defense."

"What we want to be able to do is get there fast, and get there capable, and be able to provide as much capacity to the State Department as we can," said Kirby before reiterating the longevity of Afghan control of Kabul — or the few other remaining areas that haven't fallen to the Taliban — is up to the Afghan people.

"This is a moment for the Afghans to unite," he said. "We want to see the will and the political leadership, the military leadership, that's required in the field," Kirby added. "They have the material, the physical, the tangible advantages."