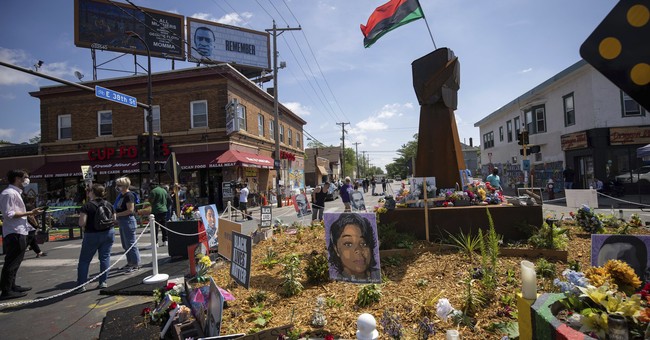 The Minneapolis City Council voted 12 to 1 to greenlight a November ballot question that will ask voters on November 2nd whether the Minneapolis Police Department should be replaced with a Department of Public Safety that "employs a comprehensive public health approach."

While approved by the city council — a body that has pushed for police to be defunded in the wake of George Floyd's death despite rising crime — the push to have voters decide the future of police in their city came mostly from a "coalition of residents, neighbors, businesses, organizations, faith communities, and families across the city who are saying yes to creating a safe Minneapolis for all of us" under the name Yes 4 Minneapolis. They claim "Minneapolis residents agree that our current police-only approach to public safety is broken."

The ballot question is now pending final approval from Minneapolis mayor Jacob Frey, who technically has until Thursday, July 29 to approve, veto, or allow the measure to move forward without his signature. A statement from his office declared "Mayor Frey maintains that giving the Minneapolis City Council control over public safety work would mark a major setback for accountability and good governance," adding "the mayor will not be signing the measure, but appreciates the careful work and thorough analysis done by City staff to prepare fair and accurate language for voters to consider this fall."

Unless Frey strikes down the question this week, the city's voters will be asked to respond "yes" or "no" to the following question:

Shall the Minneapolis City Charter be amended to strike and replace the Police Department with a Department of Public Safety that employs a comprehensive public health approach, and which would include licensed peace officers (police officers) if necessary to fulfill its responsibilities for public safety, with the general nature of the amendments being briefly indicated in the explanatory note below, which is made a part of this ballot?

"Rather than rely on a one-size-fits-all system that relies on police to simply respond to crime after it happens, this improved approach would more proactively and holistically address the causes of crime before harm is done — and ensure police response is complementary to the City’s proven prevention and intervention approaches," explains a website about the proposal that would amend the city's charter to change policing in the city.

The amendment would also allow the Minneapolis Mayor and city council to determine how many police officers are hired for the city, replacing the existing means of determining how many officers are necessary based on the city's population.

"Minneapolis residents are imagining a comprehensive public safety approach that is more effective and more reflective of our values, and they are calling on the city to act," according to one city council member who initially backed the proposal. "This charter amendment creates a structure that supports that vision and allows our city to innovate."

Crime in Minneapolis has continued to spike in recent months, something even Mayor Frey has admitted came as a result of calls to defund the Minneapolis Police Department.