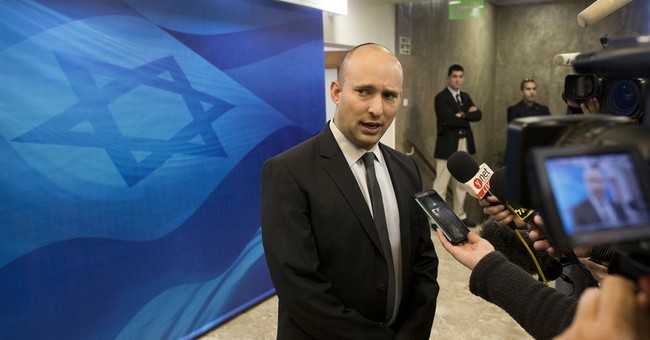 New Israeli Prime Minister Naftali Bennett issued a stern warning for President Biden and other world leaders who are considering negotiations with Iran or participation in the Joint Comprehensive Plan of Action (JCPOA) nuclear deal: "Wake up."

In Bennett's first televised cabinet meeting on Sunday, he scorched Iran's new president, Ebrahim Raisi— whose election was dubious at best—before warning the free world against engaging with Iran's new leader who is "infamous among Iranians and across the world for leading the death committees which executed thousands of innocent Iranian citizens throughout the years."

Prime Minister Naftali Bennett, at the weekly Cabinet meeting:
"This weekend, Iran chose a new president – Ebrahim Raisi. Of all the people that Khamenei could have chosen, he chose the 'Hangman of Tehran'https://t.co/A0XXRgL1c8 pic.twitter.com/CnINsYJQcs

"Raisi's election is, I would say, the last chance for world powers to wake up before returning to the nuclear agreement and to understand who they are doing business with. These guys are murderers, mass murderers. A regime of brutal hangmen must never be allowed to have weapons of mass destruction that will enable it not to kill thousands, but millions—Israel's position will not change on this."

The Biden administration has already started negotiations to rejoin the Iran nuclear agreement, which as Katie points out here, did not end actually Iran's nuclear ambitions.

Biden's decision to reengage with Iran contradicts sentiments offered in a congratulatory call after Bennett became Prime Minister on June 13th. Biden expressed his "unwavering commitment to Israel's security" and committed to "consult closely on all matters related to regional security, including Iran."