NY Gov Just Delivered A Blow To The Anti-Israel Movement 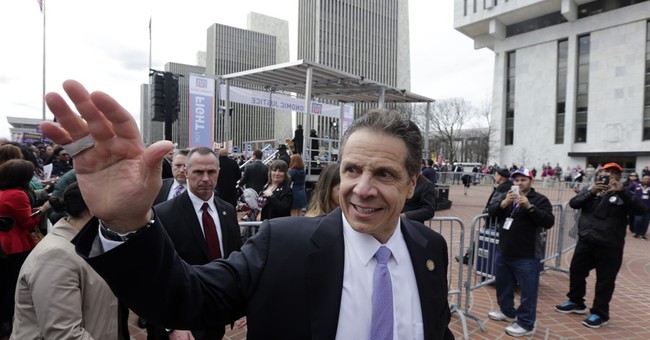 New York Gov. Andrew Cuomo condemned the pro-Palestine Boycott, Divestment, and Sanctions movement Sunday, drawing the ire of his fellow Democrats. The criticism highlighted a growing rift in the Democratic Party on the subject of Israel.

Cuomo passed an executive order that mandates all state government agencies take away funding from companies that support the BDS movement. Palestinian activist groups created BDS in 2005 to protest the state of Israel. It encourages the boycott of all Israeli businesses and products.

“We are against the BDS movement and it’s very simple,” Cuomo said at the Harvard club in New York City. “If you boycott against Israel, New York will boycott you.”

In addition to divesting current funding from BDS-supporting companies, Cuomo’s order will also prohibit the government from investing in such businesses in the future. The state will also create a list of all BDS businesses and post it online, according to the Wall Street Journal.

“The office will notify the businesses before adding them to the list and give them 90 days to show proof they aren’t supporting the boycott,” the Wall Street Journal reported.

Cuomo issued the order before attending the Celebrate Israel parade in New York City with Mayor Bill de Blasio. But it didn’t take long for other Democrats to lash out at the executive order.

"Cuomo's action has the ugliest attributes of McCarthyism: identifying organizations that engage in speech we dislike and, 'Let's blacklist them,'" Azmy told AP. "This is a well-orchestrated, well-funded, organized strategy to disproportionately punish U.S.-based activists. Really ugly."

A statement by the New York Civil Liberties Union said the group is concerned the order infringes on the First Amendment and called the list of anti-Israel businesses “a blacklist based on political views.”

The controversial BDS movement is

Cuomo, who has endorsed former Secretary of State Hillary Clinton, holds an opposing position on Israel to Sen. Bernie Sanders of Vermont, Clinton’s Democratic presidential nomination challenger—yet more evidence of fractured policy stances in the Democratic Party. In April, Sanders released a speech calling Israel’s presence in the West Bank and Gaza “an occupation” of Palestinian territory. He also said Israel’s response to Hamas in the 2014 Gaza conflict was “disproportionate.”