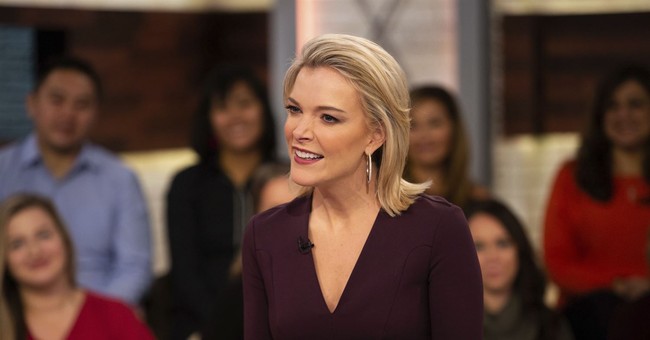 White House coronavirus task force member Dr. Anthony Fauci apparently thinks he IS science now, or something, and as you might expect with such a claim, mere mortal people had thoughts.

Fauci seemed a bit defensive Wednesday during a media appearance with MSNBC's Chuck Todd about the waves of criticism he's been receiving from the right of late, particularly since Buzzfeed's FOIA'd emails recently exposed his blind side in a major way.

FAUCI: "If you are trying to get at me as a public health official and a scientist, you're really attacking not only Dr. Anthony Fauci, you are attacking science." pic.twitter.com/MwZSv2nxbL

It’s very dangerous, Chuck, because a lot of what you’re seeing as attacks on me quite frankly are attacks on science because all of the things that I have spoken about consistently from the very beginning have been fundamentally based on science.

Sometimes those things were inconvenient truths for people and there was push back against me so if you are trying to, you know, get at me as a public health official and scientist, you’re really attacking not only Dr. Anthony Fauci, you’re attacking science and anybody that looks at what is going on clearly sees that. You have to be asleep not to see that. That is what is going on. Science and the truth are being attacked.

So now, "science and the truth" are equivalent to one Dr. Anthony Fauci, at least in the Patron Saint of Wuhan's grossly inflated ego. And an attack on him is, by consequence, an attack on those revered things.

Tucker Carlson had some fun with Anthony Fauci's claim to BE 'science.' ??

"'When you attack me, you attack science. I am science!' says the Sun King, Tony Fauci, our own Louis XIV. Most of the media agree with this. Tony Fauci is science."

"'When you attack me, you attack science. I am science!' says the Sun King, Tony Fauci, our own Louis XIV," Carlson said. "Most of the media agree with this. Tony Fauci is science."

Ummm… errr… no.
Fauci: “when you attack Dr. Fauci, you are attacking science.” https://t.co/VWHeemTLMO

Republican Florida Sen. Marco Rubio called attacks on Fauci an "attack on hiding behind science to lie by omission."

The attacks on Fauci aren’t an attack on science

They are an attack on hiding behind science to lie by omission pic.twitter.com/QWFj4Sl05x

Apparently, this has been an ongoing theme for Fauci during media appearances of late. Except that science is a process, not a person, and no one individual, even the esteemed Dr. Anthony Fauci, has a monopoly on the truth. If anything, he's been wrong way more often than he's been right.

With that, I'll leave you with a few more Fauci critics:

Fauci is Science.
Science is Fauci.
You attack one, you attack the other.
Ho-ly crap. pic.twitter.com/RSr08ZNhTx

Guys I’m starting to think Fauci has a God complex.

“Dr. Fauci Absolutely Unleashes on His Critics: When You Attack 'Dr. Anthony Fauci, You Are Attacking Science'” https://t.co/Naw4x4VaSk

Sen. Josh Hawley on Dr. Fauci's claim that to attack him is to attack science: "It shows you that he's really not interested in a fair and open inquiry." pic.twitter.com/H7WfAHapBh

Amid the recent exposure of Fauci’s emails, Fauci claims that the attacks on him are “really very much an attack on science.”

Anthony Fauci is not a scientist. He’s just another bureaucrat in Washington, D.C.

Dr. Anthony Fauci says an attack on him is an "attack on science"--and scientists. But isn't such an attack fully justified when it was the scientists who made the deadly virus, destroyed national economies, killed millions of people, and then tried to cover it up? pic.twitter.com/YuL3miyVli

Seriously, this is a really unhelpful attitude for him to take. Science involves debate. It's not an attack on the very idea of Science to question Fauci, who has indeed been wrong and evasive on some things.