Here's How We Can Shift The Pharma Market 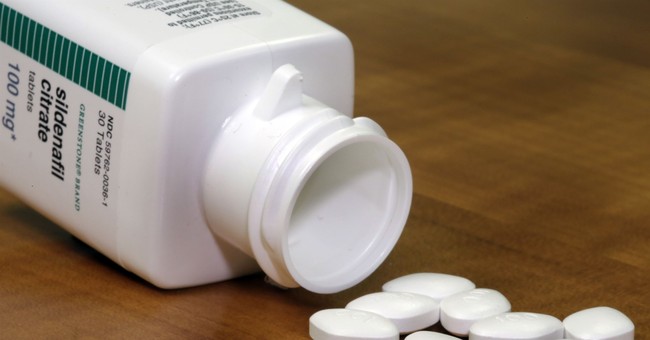 The Wall street Journal recently published an op-ed on a little-noticed trend at the Food & Drug Administration (FDA), and pronounced it the new normal: fast-track drug approvals, once reserved almost exclusively for emergencies, are now a routine practice.

The FDA apparently recognizes the need to bring drugs to the marketplace a lot quicker, an unsurprising development since it currently takes 10-12 years for a drug to be approved through the FDA process at a cost of several billion per drug.

With an uptick in generic approvals, and the recent move toward a higher number of fast-track approvals, the question becomes: why isn’t there a permanent parallel track offering quicker approvals once a drug has passed Phase I of the FDA approval process (which clears the drug for safety and one or more efficacy trials)?

Many people suffering from serious, life-threatening diseases don’t have the years it takes to wait; and even with the existence of fast-track designations, there's an argument that a permanent parallel track could be established that would allow patients to work with their physicians to understand the risks of trying an experimental drug once it's deemed safe by the FDA.

Some legislators have already called for an expansion of the existing parallel track the FDA used to combat AIDS in the 90s. Sens. Ted Cruz (R-TX), Mike Braun (R-IN), Rand Paul (R-KY), and Mike Lee (R-UT) penned a letter over the summer in which they requested the FDA consider opening up that parallel track to include other drugs that treat serious illnesses.

“In recent years the FDA has sought to streamline its drug approval process…[h]owever, significant barriers to ready access remain,” the Senators wrote on May 17. “Despite FDA's efforts, it still takes on average 10 to 12 years and as much as $2.8 billion to bring a new treatment from lab to patients. Many patients with critical illnesses cannot wait that long. One unused solution that the FDA already has at its disposal is to expand the already existing Parallel Track to other diseases.”

If the FDA were to agree to meet the Senators’ request, new Republican-led health care legislation intended to lower the overall cost of health care could include this first step toward a permanent parallel track.

Such a track could operate largely independently of the FDA once a drug had passed Phase I, but data would be gathered in tandem so the agency could continue its clinical trial phases while those who need access to the drugs immediately could work with their trained physicians to serve as in-the-wild collectors of data.

But the creation of a parallel track is only half the equation. The other side comes down to the creation of market incentives for pharmaceutical manufacturers to make their drugs available on the market following Phase I approval.

And how will pharmaceutical manufacturers be convinced it’s in their interest to advocate for a parallel track, either within the FDA or as an independent yet tandem version? Avik Roy at the Foundation for Research on Equal Opportunity (FREOPP) proposes a few ways to shift the marketplace in that direction. While Roy favors a expanding the accelerated access program within the FDA, his ideas about opening up competition apply universally:

We propose closing loopholes that manufacturers are using to suppress competition for older drugs. We explore avenues for reducing the barriers to market for biosimilar drugs that can, through competition, reduce the price of newer, biologic medicines. We propose expanding the FDA’s “fast track designation” to not only apply to “unmet medical needs” but also “under-met medical needs” where competition is low.

We also seek to reduce the cost of innovation, by expanding the FDA’s accelerated approval process to encompass large public health problems, like cardiovascular and metabolic disease, where the cost of innovation is highest and where pricing power is lowest, due to the availability of inexpensive generic drugs. We propose requiring an up-or-down vote in Congress for FDA regulations with an economic cost greater than $100 million.

If some of these regulatory changes can be accomplished, the monopoly the federal government has on drug approvals may begin to mitigate with discussion of a real parallel track for drug approvals. The FDA can get back to controlled clinical trials where it shines, and sick people in dire need of emerging and experimental medications will be free to choose to work with doctors to try some of these lifesaving therapies on their own.